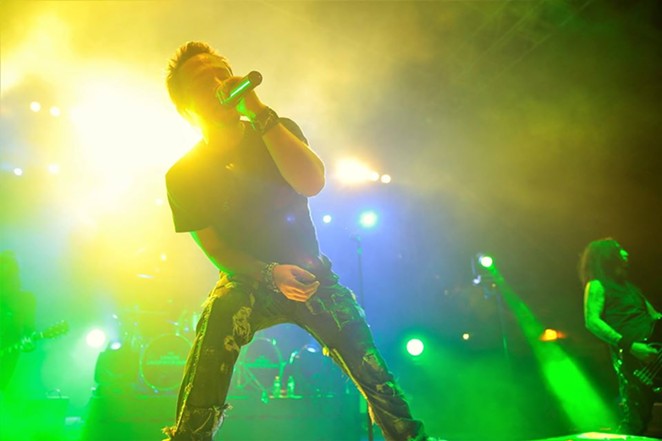 This summer, San Antonio based nu-metal act the Union Underground will play its hometown for the first time in three years.

The band recently announced a Saturday, July 18, performance at the Aztec Theatre. Its last local live performance was at the 2017 installment of the Siesta Fest music festival.

Union Underground made waves in the '90s and early '00s with an aggressive but groove-heavy sound that landed it a contract with Columbia Records. Its debut album ...An Education In Rebellion grabbed the attention of Marilyn Manson, who picked the band to open on a 2000 tour. The following year the guys secured a slot on the Ozzfest package.

Union Underground disbanded around 2002, and members went on to join other acts. Bassist John Moyer, for example, has been playing bass for Disturbed since the early 2000s.

Tickets for the Aztec show are available now.