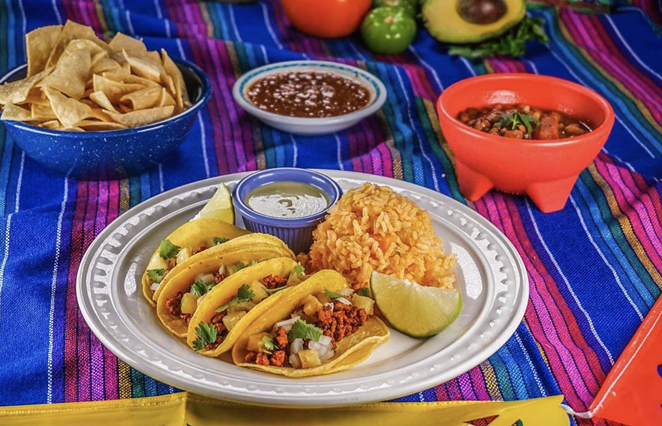 San Antonio’s Viva Vegeria has landed on the People for Ethical Treatment of Animals' list of the top 10 Latinx-owned vegan restaurants in the United States.

In honor of National Hispanic Heritage Month — September 15 to October 15 — PETA and PETA Latino joined forces to highlight Latinx-owned eateries that promote a vegan lifestyle while serving up delicious fare.

"Whether you're in the mood for sweet, spicy or savory taquitos or fiery ancho and cascabel cauliflower wings, Viva Vegeria has a super-tasty vegan dish for you," PETA Latino Senior Manager Alicia Aguayo said in a news release. "The restaurants on PETA Latino's top 10 list put vegan twists on classic Latin dishes that are as taste bud–friendly as they are animal-friendly.”

Viva Vegeria, the Alamo city's first 100% vegan and gluten-free Tex-Mex joint, is located at 1422 Nogalitos St., on the city’s Southwest side.