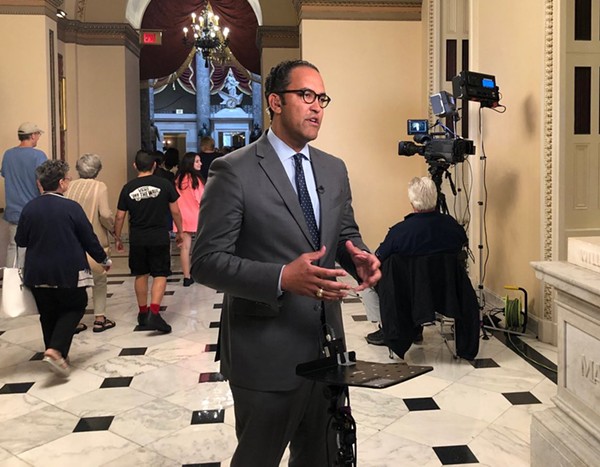 U.S. Rep. Will Hurd of San Antonio was one of just four Republican members of Congress to vote for a resolution condemning President Trump's racist tweets demanding that four Democratic congresswomen of color "go back" to their countries of origin.

Tuesday's 240-187 vote came after Trump and top GOP lawmakers denied the president is a racist and urged members of their party to oppose the Democratic-sponsored resolution. The measure says Trump's comments have "legitimized and increased fear and hatred of new Americans and people of color."

"Here's a novel concept," Hurd said via tweet yesterday. "Maybe our elected officials should try to be role models to future generations. A first step: don't be anti-Semitic or racist. That way we spend less time rehashing lessons we learned in kindergarten and more time talking about threats facing our nation."

Despite Hurd's support for the resolution, the Democratic Congressional Campaign Committee blasted the congressman for continuing to support Trump's reelection.

"If Will Hurd were serious about being the thoughtful politician he plays on TV, he would drop his support for President Trump," DCCC spokesman Avery Jaffe said in a written statement. "Instead, he votes with Trump 95 percent of the time, and he's pledged his vote to the president in 2020 — a commitment he just re-emphasized on CNN yesterday."

The DCCC is backing Gina Ortiz Jones in her bid to unseat Hurd in 2020.