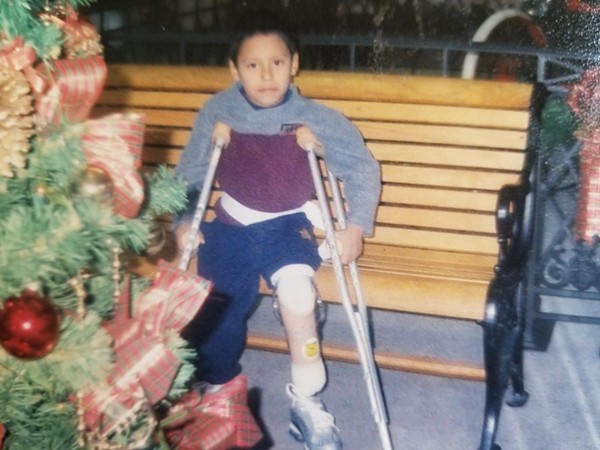 The 20-year-old undocumented immigrant who's been held in a South Texas detention center for a month (despite not being charged with a crime) was released on bail Friday. But Felipe Abonza-Lopez's detention visit has apparently cost him his Deferred Action for Childhood Arrivals status — a work permit protecting him from deportation that wasn't set to expire until 2019.

It's common for the federal government to pull a person's DACA status if they've been convicted of a crime — but it seems there have been no charges filed against Abonza-Lopez.

The San Marcos man was originally picked up by law enforcement on October 12, when a Uvalde County deputy pulled over a car that he was a passenger in. The car, driven by Abonza-Lopez's cousin, "looked suspicious," according to the deputy. Abonza-Lopez and the four other people in the car were arrested on the suspicion of being involved in a "human smuggling operation." All five of them were undocumented immigrants.

According to the Uvalde County Sheriff's Office, Abonza-Lopez was never charged with a crime.

Nonetheless, the office handed Abonza-Lopez over to Border Patrol. He's now spent over a month in the South Texas Detention Complex in Pearsall, Texas, waiting for answers. In a November 11 letter sent to San Antonio immigrant-rights organization RAICES, Abonza-Lopez writes that guards and medical staff have bullied him for having a prosthetic leg, which has deterred him from seeking needed relief from pain in his leg. He's been in pain the entire time he's been detained due to cold temperatures in his holding cell.

"I am suffering. Please get me out of here. I don't deserve to be treated so inhumanely," he wrote.

On Friday, Abonza-Lopez was released on a $7,500 bond. But he's lost his critical DACA protection. He's lived in the United States since he was 5-years-old, graduated from an Austin-area high school in 2016, and has a clean criminal history. Lawmakers and advocates are demanding answers.

"There's no basis for his claim getting revoked," Texas Congressman Lloyd Doggett told the Current Friday, referring to DACA recipients by their nickname, "Dreamers."

"Clearly, we can't defend a Dreamer who's charged with illegal conduct. But there's no evidence that they were doing anything wrong," he went on.

Doggett, who successfully intervened in the February detention of San Antonio DACA recipient Josue Romero, said that he's vigilant in searching for answers in Abonza-Lopez' case — as vigilant as he is in returning protections to DACA recipients in Congress.

"We need to push forward with DACA so this kind of thing doesn't keep happening," he said. "Dreamers cannot be used as bargaining chips."