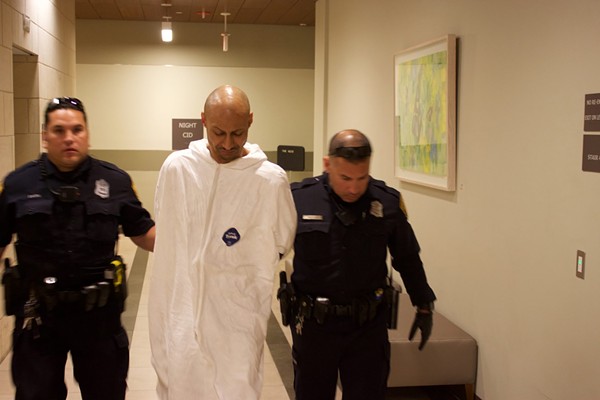 A man accused of a brutal shooting and stabbing last week is in the San Antonio Police Department's custody.

The SAPD said on Facebook that Antonio Arroyo was arrested at an apartment complex on the 7600 block of Callaghan Road.

Arroyo is accused of shooting and killing Rodney Spring and shooting and stabbing Quikether Jackson to death.

SAPD spokesman Douglas Greene told the San Antonio Express-News that the crime scene was very disturbing. One of the victims still had a knife in their chest when emergency responders arrived, Greene told the paper, adding that Arroyo knew the victims, but Greene didn't elaborate on the extent of that relationship or motive.

According to FOX 29, Arroyo was arrested after a brief stand-off with a SWAT team Sunday morning.