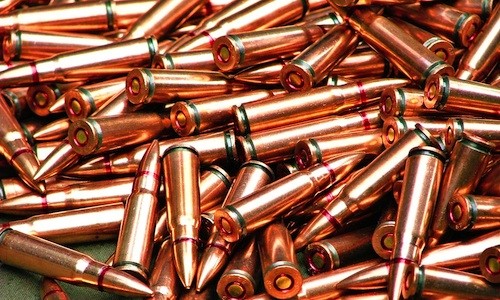 Maybe he ran out of bullets at work?

A San Antonio Police Department officer was arrested Tuesday and accused of attempting to steal a "large amount" of ammunition from a sporting goods store, the San Antonio Express-News reported.

The officer, David Nieto, is a three-year veteran who works at Central Patrol and apparently brought his kids, 1 and 3, along with him during his alleged shoplifting excursion, according to the daily newspaper.

Multiple media reports indicate that Nieto was caught on surveillance footage and confronted and arrested while trying to leave Academy Sports on the Northeast side of San Antonio by Loop 410.