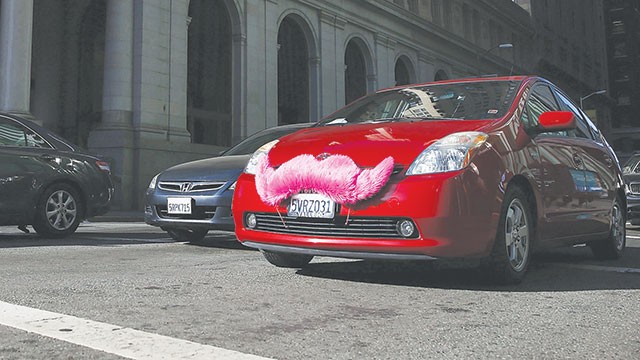 From sinister public-safety threat to an it-can-work attitude, the San Antonio Police Department has changed its tune on ride-sharing companies.

In an August 13 Public Safety Committee meeting, Chief of Police William P. McManus and SAPD Assistant Steven Baum recommended changing Chapter 33 of the city code to add a Transportation Network Company permit, which would cost $160 a pop. The permit would allow ride-sharing companies the opportunity to pursue a slice of the vehicle-for-hire market. But the board declined to accept the recommendation and sent the proposal to yet another task force. In November, the public safety committee will consider those results.

Baum, who made a presentation for the council, said the taxicab lobby wasn’t budging on its position that the ride-sharing companies must adhere to the same rules and fees that regulate cabbies and cab companies in the Alamo City. “We went through a series of meetings … the traditional industry wanted no changes. Lyft and Uber were willing to work. … We sat through meeting after meeting and heard the same voice from local industry: ‘No Changes. No Changes,’” Baum said.

The proposed recommendations are an about-face for the SAPD. In March, McManus sent cease-and-desist orders to Lyft and Uber. “They are not regulated, and there is no advantage to getting into one of these cars, where you get into one of these cars and you don’t know what their background is. The public is put in danger,” McManus said at the time.

But the department’s attitude was much different last week, and after Baum recommended bringing the proposal to the full council for debate, a sea of ride-share opponents let out loud sighs and moans of disgust.

During a public comment period in which 90 people signed up to speak—the large majority opponents of Lyft and Uber—numerous speakers criticized the SAPD, alleging that the department was not enforcing the cease-and-desist order.

“Cease and desist, what is that?” Ralph Velasquez, an opponent of Lyft and Uber, said, laughing sarcastically.

According to SAPD spokesman Javier Salazar, the department has issued 14 citations to seven Lyft drivers and impounded two vehicles since the cease-and-desist order was issued more than four months ago.

A Lyft spokesperson wouldn’t say whether drivers would continue operating while they wait for the proposal to work its way through more meetings, but several drivers told the Current they would continue picking up passengers despite the cease-and-desist order.