The U.S. Postal Service kicked off its new Music Icons series with a stamp honoring the great Lydia Mendoza (1916-2007), one of the first and greatest female singers in Texas music. The stamp, designed by Neal Ashby and Patrick Donohue, features a photo of Mendoza in the '50s, taken for Ideal Records.

Born in Houston but adopted by San Antonio (where she was buried after dying at age 91), "La Alondra de la Frontera" (The Lark of the Border) was the first Texan to receive the National Endowment of the Arts' National Heritage Fellowship Lifetime Achievement Award, and in 1999 she received the National Medal of the Arts.

Better known for her powerful voice and songs, this new honor will hopefully remind us all that, in addition to all the accolades, she was an underrated guitarist.

"The interesting thing about her playing was that she played bajo sexto chords on a 12-string guitar," said Juan Tejeda, leader of Conjunto Aztlan and director of the Tejano Conjunto Festival. "She was a solid, original player, and as an interpreter she was a pioneer accompanying herself, which wasn't that common among women in the '20s and '30s."

The book of Lydia Mendoza stamps will be available on March 8 (pre-order starts on March 6) and you can get them here. 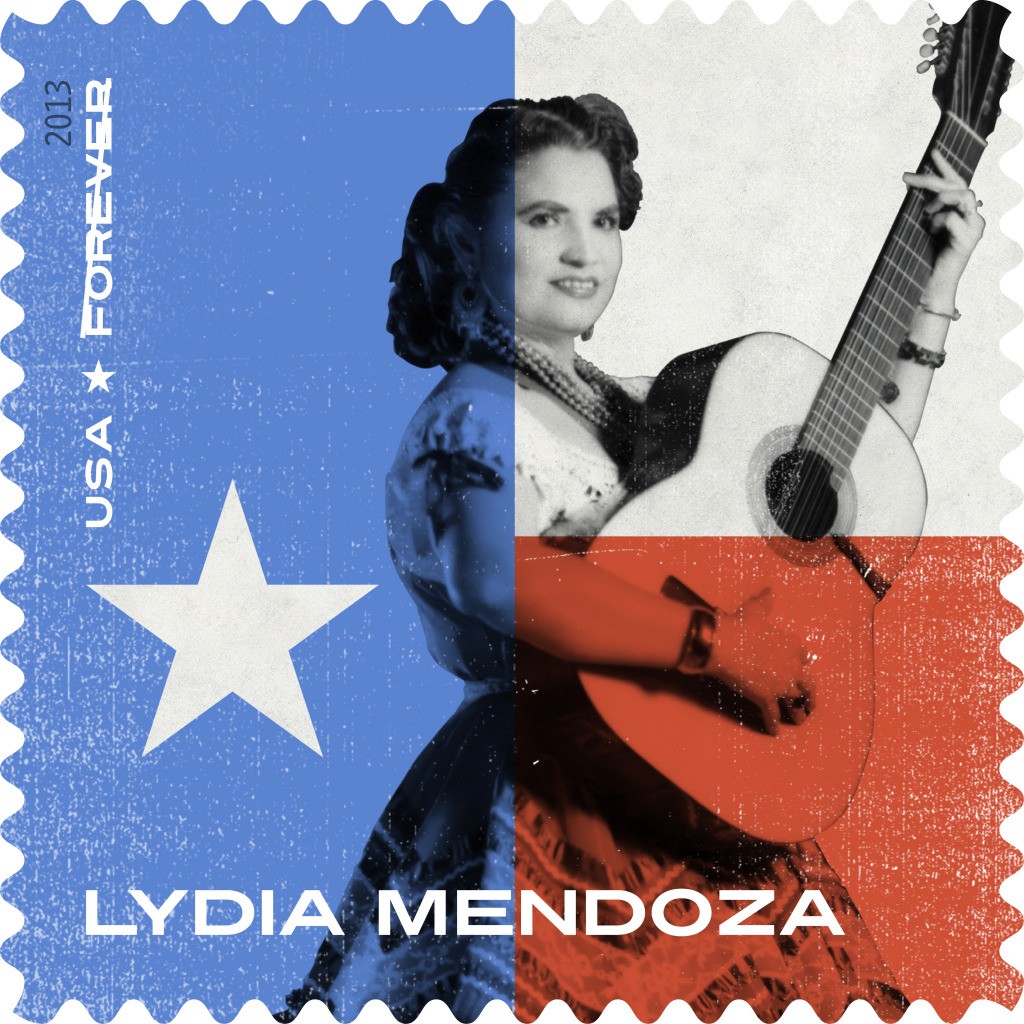