SA's May 1 March Shifts Focus From Immigration To Police Brutality 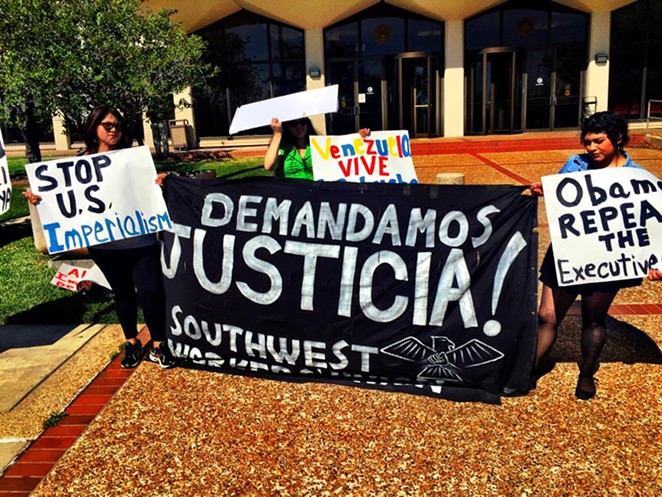 A leading San Anto civil rights advocacy organization is calling on the community to join them tonight in its yearly effort to raise awareness about workers' rights.

The Southwest Workers Union will march today to celebrate International Workers Day, also known as May Day throughout the world.

But the group's traditional focus on immigrant rights will shift toward shining a light on police brutality, taking into account what's currently taking place in Baltimore and other cities across the country, according to Diana Lopez, SWU director.

The Southwest Workers Union calls on “all immigrants, all workers, all women, all LGBTQI, all indigenous, all youth, all unions, all community organizations ... we will defend, we will fight, we will have rights, we will march on May 1st!”

For the past 26 years, SWU have conducted marches for labor rights in South Texas, seeking to transform the current economy into an "economy that respects the health and dignity of the worker."

The Movement Gallery, in coordination with SWU, will be hosting a month-long exhibit showcasing “the past 26 years of labor movement from the point of view of Southwest Workers Union,” according to Jessica Mendez, SWU advocate.