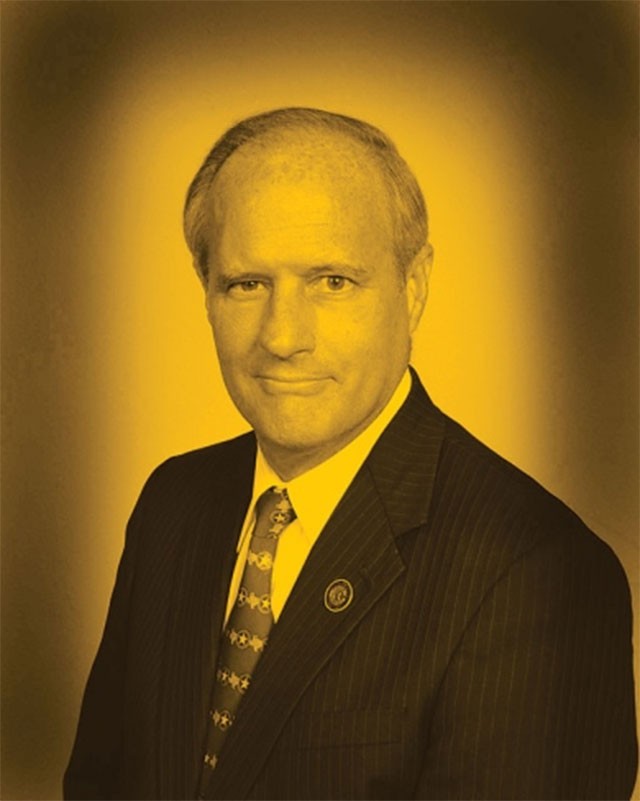 In an unexpected shakeup for a long-time incumbent, Precinct 4 County Commissioner Tommy Adkisson threw his hat into the 2014 Bexar County Judge race in hopes of unseating the current judge, Nelson Wolff. In the final hours of the state primary filing deadline, Adkisson bid to defeat the fellow Democrat, pitting two old friends against one another in a primary showdown. The victor faces a challenge from District 10 council member Carlton Soules, who similarly hopped in the race a few hours shy of the cut-off.

Soules joins his conservative council counterpart, former District 9 member and newly minted Texas Monthly Bum Steer Elisa Chan in climbing the political ladder. Why would the Republican leave his comfortable post at the dais after just two years to start an uphill battle against a Democrat who has successfully cruised through office since 2001? “Well, that’s a question you have to ask anyone that wants to move to higher office that’s in a council position,” said Soules (perhaps subtly pointing to Chan’s senate bid). Yes, yes it is, but really now: “In my view, I can be more effective in a role at the top of the County than I’ll be able to [be] in the next year as council person,” he clarified.

Soules is taking aim at what he calls County-supported “wasteful legacy pet projects,” like the $280 million downtown streetcar plan and the $175 million San Pedro Creek redevelopment, that he says drain resources away from public safety and infrastructure projects and increase the County’s debt.

“[The] focus has become much more narrow. The Commissioners Court appears to be, in my mind, looking more and more at downtown high-dollar legacy projects versus looking at the needs of the very disparate fast-growing County,” Soules told the Current in a phone interview following his announcement. “If you’re in [other parts of SA], I would really, truthfully, be upset watching dollars that could be used for critical projects being funneled into legacy projects downtown.”

Wolff’s Democrat primary challenger echoes the council member’s gripes with high-dollar projects, even citing some of the same ones. And they both called for a $2 billion investment into flood retention projects, with Soules describing it as a “moral issue.”

Under his watch, Adkisson says the County would turn its attention to health issues like controlling high diabetes rates, and reducing recidivism, or repeated incarceration.

“I think the clarity of the Court’s mission would be enhanced immensely by a focus on health and justice and not diverted to these purely City projects that the County is picking up a large portion of the tab on,” Adkisson told the Current.

But Wolff is already playing defense—he’s proud of those projects and counters their supposed wastefulness.

“They say they want to end legacy projects, but the definition in and of itself means it’s a long-lasting project that’ll be a benefit to multiple generations,” said the former mayor of SA during a phone interview with the Current, pointing to the Mission Reach, the BiblioTech bookless digital library and more than 50 flood control projects.

Adkisson’s attempt to secure the County judgeship isn’t his first go. In 1992, Adkisson won the Democratic primary but was eventually ousted by Republican Cyndi Taylor Krier in the general election. Krier left her post in 2001 and Wolff was appointed as her replacement. Adkisson figured his old pal would serve a term or two and make way for another candidate—more than a decade later, Adkisson considers Wolff’s retirement long overdue.

“I helped make it possible for him to come out of political retirement, some may call it a political grave, and be our County judge,” says Adkisson. “And 13 years later, I find out he’s planning like he’s going to stay on for life … or appoint his son as successor. Those are all things I find to be a departure from otherwise good relations.”

“The public is ready for a change and I think I’ve served them very well [as Commissioner]. And I’m closer to 63 than 73,” added Adkisson, pointedly referring to his opponent.

While he was expecting GOP (and conservative, at that) opposition for well over a year—even holding a fundraiser for the first time in 13 years—Wolff didn’t foresee a challenge from his ally of decades.

“It surprised me when Tommy jumped up,” he confessed. “We’ve been friends for a long time. In fact, I was his campaign treasurer 40 years ago.”

He continued, “There’s a lot of truisms about politics and one that ranks up there at the top is that friends come and go—that happens, it’s kind of sad, but I guess that’s the just political process.”