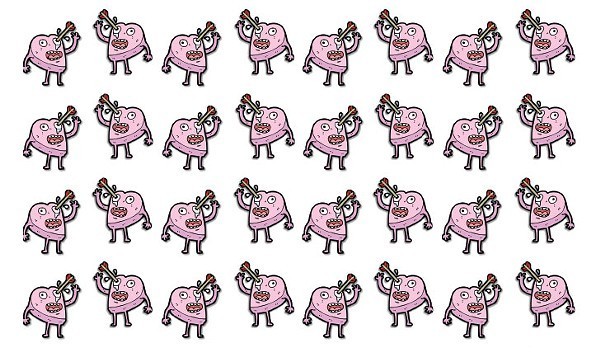 Q: I am a pretty handsome gay (I have been told) and I am dating a gorgeous man. I am 34, and he is 31. I am bottom only, and he is top only — so it’s a good match. He seems sincerely interested in me and we are talking about being together. But here is the thing: He noticed that I have a rather small penis. I am under the average, and his dick is quite big and long. Since he discovered this, he fancies about “humiliating” me about my “small pee-pee.” He would even like me to show it to his friends. I am not ashamed of the size of my penis because it’s how I am made and I can’t change it. But I wonder what this idea means for him. I would somehow understand that he would put me down if he suffered from a “small dick complex,” but since he is so well-endowed, I don’t get it. Is it a common turn-on for some top guys to imagine that their partner is smaller than them? Does it hide something else maybe? — Humiliated Over Tackle
P.S. English is not my mother tongue. I apologize for this.

But you are not one of those guys. You like your dick fine, and you’ve got the exact right attitude about your dick — indeed, all men everywhere, regardless of size, should embrace their dicks the way you’ve embraced your own. Your dick is your dick, you can’t change it, and you shouldn’t be ashamed of it. And big or small, HOT, your dick has all the same nerve endings as that big and long thing on the guy who might be your boyfriend someday (but who’s definitely a presumptuous asshole right now).

As with most kinks — bondage, cuckolding, foot fetishes, diapers, pup play — subs/bottoms are way more common than Doms/tops. So it’s usually the guy with the small dick who initiates small penis humiliation games with his partner, HOT, not the boyfriend with the bigger dick and/or the girlfriend with the pussy and/or the bigger dick. (Some women have dicks, all women can purchase strap-ons.) While there are SPH tops out there — just as there are bondage tops (half of whom are frustrated bondage bottoms) — their numbers are far smaller.

But the issue here isn’t stumbling over a rare small penis humiliation top in the wild, HOT, but whether or not you’re into it. Are you into power play? Do you like being degraded? Does the thought of this dude ordering you to show your dick to his friends — friends who presumably want to see your dick — turn you on in any way? If the answer is no, no, and FUCK NO, then tell your potential new boyfriend to stop making fun of your cock. If the answer is maybe, maybe, and maybe under the right circumstances, then talk it over with him and work out when, where, and how you’re willing to indulge his SPH kink.

If you stay with him, you’re also going to need to have a conversation about consent. SPH isn’t something you surprise someone with. Like most kinks, it requires advance discussion, the setting of limits, and the consent of both parties. It’s worrisome that this guy didn’t bother with obtaining your consent in advance, HOT, and if he doesn’t recognize that he made a mistake and swear not to make a similar mistake in the future, well, then you’ll have to DTMFA.