Savage Love: Other Dicks, Other Doms 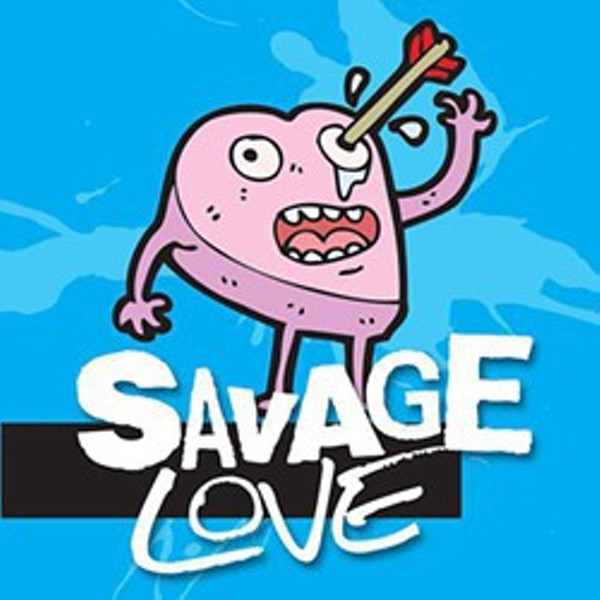 What are your thoughts on two Doms sharing one sub? The scene I envision includes the domination of the other Dom. Do some Doms enjoy the submission to another Dom while also enjoying dominating the sub? It's probably best to put it into the context of my fantasy. I tie my sub to a chair or tie her down and then send a Snapchat to her other Dom. I invite the other Dom to come over and have his way with her. I would then leave, but they must stop immediately when I return, no matter where they are. The other Dom must then leave, and I do what I want from that point. Is this something I should talk with the other Dom about beforehand or should I just do it and see what happens? I've talked to my sub, and she is really into that scene, but she doesn't know how her other Dom would feel about it.

Sharing a sub could strike me as a great/hot idea, DOM, but my feelings are irrelevant—the scene isn't going to work if the other Dom thinks the idea is terrible/lame. That said, I don't see any harm in waiting until your sub is tied down to propose this scene—lay out the details out in advance on Snapchat, not once he's in the room, so he'll be free to take a pass if the scene doesn't appeal to him. But by waiting, you run the risk of discovering, after it's all set up, after you've sent the Snapchat, that her other Dom loves the idea but is out of town/watching the GOP debate/sitting shivah/whatever.

Longtime reader and listener (magnum podcast subscriber!) here, and I have a conundrum. My partner and I have a DADT agreement in regards to extramarital relations. I'm a fortysomething woman who travels a lot on business, and I find those trips a great opportunity to have NSA flings with younger men, all in good fun. So far, Tinder seems to be a good way to meet people, and I try to take precautions to ensure they are who they say they are by checking them out on social media and meeting them first in a public place. But a girl can't be too careful. Sometimes I wish I had someone I could call and just say, "Hey, I'm hosting a stranger tonight at my hotel. Could you call me at a specific time to check he hasn't chopped me up into little pieces?" My partner can't be that person because of the whole DADT thing. My friends don't know about my flings. And the front desk seems inappropriate. Is there an app out there providing this kind of service? Or does someone need to create one?

A Tinder-like app to hook up random people who are about to hook up with other random people so the randos who met via the Tinder-like app can verify neither was murdered by the randos they met via Tinder itself? Sounds a little complicated, SDCS, and I'm not sure the market for your proposed app is big enough to attract investors. I also don't think introducing a second potentially unreliable and/or sinister stranger into the mix is going to make your hotel hookups appreciably safer.

Here's a better idea/simpler life hack: Schedule a wake-up call for an hour or two after your Tinder rando is due to arrive. You can schedule wake-up calls for any time of day, SDCS, and in nicer hotels you can even ask the front desk to ring you personally instead of scheduling a robocall. Just tell the receptionist you're a heavy sleeper and you need them to verify that you're awake/alive in time for your big meeting.

Or you could take a risk and confide in a friend about your open marriage, your flings, and your need for a safety buddy.

Start the New Year right and subscribe to the Savage Lovecast: savagelovecast.com.