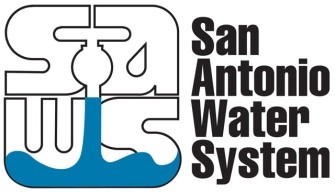 The San Antonio Water System is asking new homebuyers and developers to shoulder a 116 percent “impact fee” increase, a one-time charge that covers the cost of new development to water and wastewater systems. According to SAWS, the cost prevents existing ratepayers from subsidizing new customers and ensures growth “pays for itself.” The debate over the increase—the highest amount allotted by state law and, if implemented, among the highest in the U.S. and in Texas—has elicited concerns over housing affordability and questions over the timing of executive pay increases.

The water supply impact fee would add more than $2,000 to a single-family home purchase and around $300,000 to costs for a multi-family apartment complex building. (Think potentially higher apartment rents or home purchase prices.) For instance, without the increase, prospective homebuyers in central San Antonio would pay $4,227, with the increase that charge goes up to $6,102. Some developers contend tacking on the fees may discourage homeownership and halt new development—including affordable housing—completely.

“An immediate 116 percent increase to the water supply fee hardly seems reasonable,” Scott Farrimond, president of the real-estate industry group Responsible Growth Alliance, told the Current via e-mail. “Multi-family is where you see the most affordable housing. Those costs will be passed on to the renter—or they will kill the project altogether.” Farrimond, who penned a recent opinion guest column for the San Antonio Express-News objecting the SAWS-proposed increase, echoes the reservations of other developers.

Council members, too, specifically expressed concern over the fee’s impact on creating affordable housing units and homes. Speaking about the potential burden on home ownership access for low-income residents, District 5’s Shirley Gonzales said during a recent council meeting, “You say here growth ‘pays for itself,’ but, in fact, it does not pay for itself, the whole community is paying for this new growth.”

Similarly, District 9’s Joe Krier questioned the measure’s role in supporting affordability: “For a lot of people, that’s the difference between getting a mortgage and not getting a mortgage,” said Krier. “For the average homebuyer who doesn’t want to be told where he or she should live and just wants to buy a starter home, how are we being consistent with encouraging housing affordability?” he asked SAWS CEO Robert Puente.

SAWS appeared to boil their answer down to ‘go live somewhere else’: “That individual is making a personal choice to live where he or she wants to live … and therefore, that personal choice has some consequences and that is, that’s what the cost is to live there,” said Puente. “And that personal choice should not be shared by all the other rate payers … they are excluded from that particular house, that particular mortgage, but they do have other options—an existing home, a different mortgage, a home that, instead of [being] $125,000, is $120,000. So there are still a lot of other opportunities for that family.”

So why are new homeowners expected to carry the monetary burden? (As Mayor Julián Castro asked, “Anyone would look at that 116 percent figure and say ‘what’s going on here?’ So, what’s your explanation?”). SAWS pointed to capital costs associated with portions of the new brackish groundwater desalination project that collects water from the Wilcox Aquifer. The plan, which necessitates new infrastructure, is meant to reduce dependency on water generation from the Edwards Aquifer, where SAWS has historically derived more than 90 percent of its water. The as-yet untapped resource is expected to meet the city’s water needs for the next 50 years.

As SAWS spokesperson Greg Flores told the Current, “We are now embarking on much more expensive water supply projects than we have in the past.”

But a council-selected group argues the increase doesn’t need to be so high. The Capital Improvements Advisory Committee, community members appointed by Council to review the rates, met over the past 18 months and recommended the fee should be a substantially lower $1,590 (a 23 percent increase) instead of the $2,796 proposed. Group representatives said they calculated the lower rate by omitting new water projects coming online. Farrimond and others find the citizen-led proposed rate easier to swallow and more likely to sustain affordable housing.

In another attempt to mitigate the burden, Castro proposed delaying the increase for six months or until January 1 so those developers now undergoing projects can get the current rate. Flores said the water system intends to charge the higher rate, however, they will consider Castro’s phase-in proposal.

“It’s an idea we’ve been asked to explore, so instead of happening in June, it could happen a little bit further down the road,” he said.

Already seeing pushback from the development community, the exceptionally high increase comes at the same time SAWS has decided to increase Puente’s salary by 15 percent, as first reported by the Express-News and confirmed by the water system. The CEO’s income will rise from $325,187 to $373,966 and he’ll receive a “one-time performance award” of $72,832. The move is reminiscent of CPS’ request to increase utility rates while granting its CEO and top-level executives sizable bonus pay, criticized by economic equality advocates, as the Current previously reported. While the news of Puente’s salary increase debuted just last week, it’s already generating flak from citizens—during a recent council meeting Krier said he found himself getting “chewed up” by constituents, who expressed, “a lot of unhappiness,” about the inequity.

SAWS’ Flores says Puente’s raise is a reflection of his performance and cites decreases in sewer spills, the rise in new water supplies, efficiencies that cut $10 million from the previous budget and continued low overall water bill rates for residents as examples.

But while asking for the highest impact fee rate possible under Texas law, you have to wonder why the SAWS board would simultaneously increase its CEO’s salary, at the least, in respect to public image—and especially following the uproar CPS faced from citizens just a few months back.

Flores declined to comment on the decision’s timing, only saying the choice comes “at the board’s discretion and at their pace,” and is in no way associated with the fee increase.

Council plans to vote on the water supply impact fee increase on May 29; if approved without the requested six-month delay, it would take effect in June 9.