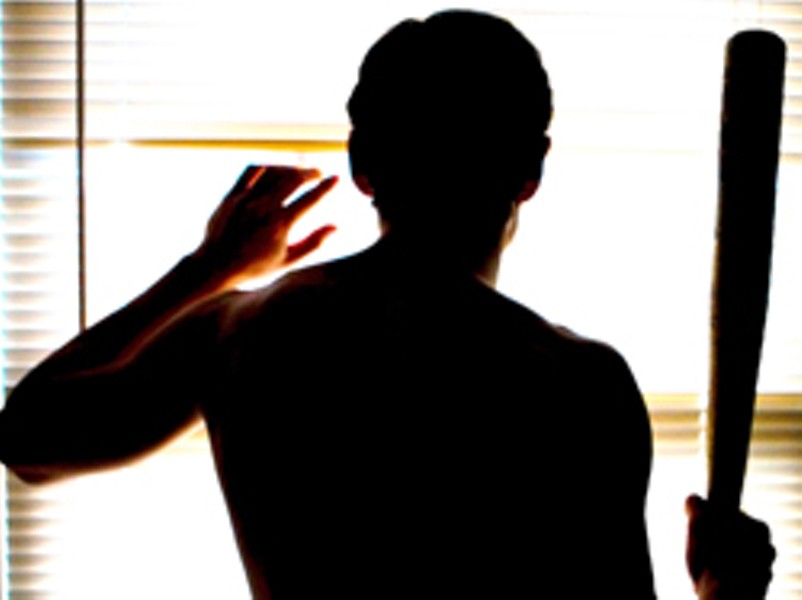 It’s 3 a.m., and Buddy Calvo sits in his backyard alone in the dark, with a baseball bat in hand. He’s not quite sure what’s going to happen if he actually catches the thieves who have been targeting his neighborhood for the last two years, but he does know, if given the chance, he’s going to stop them.

“I’d be in my backyard all night,” said Calvo, 25, a local filmmaker who wrote a short narrative based on his response to the crime occurring around his home. “I’d leave my truck door open and my wallet there, and I would wait for them for hours. I was furious.”

Calvo says his vehicle was broken into and ransacked four times in two years. His neighbors were waking up to find their car doors jimmied and stereos missing. Calvo had had enough.

“I wasn’t going to really hurt anybody,” Calvo said. “I was going to take the bat and say, ‘Hey, stop. I’m going to call the cops. If you move, you’re going to be missing some teeth.’”

He was never able to confront any would-be robbers during his at-home stakeouts, but Calvo thought his personal experience as a small-time vigilante would make an interesting short film. Though he didn’t catch the bad guys, he might as well write about them.

In early 2008, Calvo — author of 2006 short film Wunderlust and, with his production company Machina Cinema, past winner of the Audience Award at the 48-Hour Film Festival — penned the screenplay for Jacob, the story of a troubled young man who refuses to be victimized by the petty criminals running through his neighborhood streets.

It’s been an up-and-down journey for Calvo as a filmmaker since he formed Machina Cinema with girlfriend Perla Rivera and friend Joe Gallegos. Although he had always been fascinated with directing and stage managing throughout his years at Jefferson High School he didn’t decide to pursue filmmaking as a career until his third year at UTSA, where he was studying international business.

“I just left,” Calvo said. “I decided I wanted to make films, so I went to SAC.”

The transfer, however, proved to be disappointing, as Calvo soon realized he was going to have to put time into the program before he could actually make a movie. The slow-going process, he said, wasn’t an attractive prospect to him.

“There weren’t too many hands-on things to do,” Calvo said. “It was like when you got there, they would make you the cable puller and you had to work your way up. I knew there was an easier way to start making films. It was either that or stay in the program for two-and-a-half years before I ever touched a camera. I’d rather save up my paychecks and buy my own camera and start making my own films.”

It was easier said than done for Calvo, who had all these ideas floating around in his head but lacked the financial means to purchase the equipment he needed to get started. During a conversation with Rivera, who he had been dating for two months, Calvo revealed his filmmaking aspirations.

There might have been a few stars in her eyes when she agreed to dip into her savings to purchase a video camera for her boyfriend, making her a co-producer for Machina Cinema, but Rivera says her first though was about the investment.

“I thought, eventually, this is going to be really profitable,” Rivera, 22, said. “If I had a boyfriend who wanted to be a football player but needed $1,500 to go to training camp and he was 4 foot and 300 pounds, then I wouldn’t give him the money, because there is no potential. But `Buddy` had potential, and I believed in him.”

“As soon as I found out that she had money, I started telling her how nice she looked,” Calvo quipped. “Nah, I told her time and time again, ‘This is a really big investment. It’s your money. We just met. Are you sure?’ Now, here we are three years later, and everything is fine and still working.”

Rivera, who graduated from Boerne High School, admits that she was worried a little at the beginning of their joint venture when Calvo shelved his first film, A Pack of Strays, before he finished it.

“It was a disaster,” Calvo said. “I had never touched a camera before. and I had a huge cast. Everyone said I should have started with a two-minute short, but I thought I knew it all and wanted to make a feature.”

“Jacob was really emotionally challenging,” said Carl Silva, 21, who played the title character. “Buddy was really passionate about his idea and the story he wanted to portray. Some directors do projects just to get them out of the way and get the credit. But Buddy was really into what he was doing and making it the best that he could.”

Jacob wasn’t easy to make on a shoestring budget of $200, says Calvo, who hopes to raise the funds for his next film by “wheelin’ ’n’ dealin’” with sponsors and through good-ol’-fashioned barbecue-plate sales. The Powder Kids is scheduled to begin shooting in March 2009.

“For the next film, the expectations are off the wall,” Calvo said. “We’re so damn close to being so good. It’s right there at our fingertips.”