School Yourself On Alcohol Safety 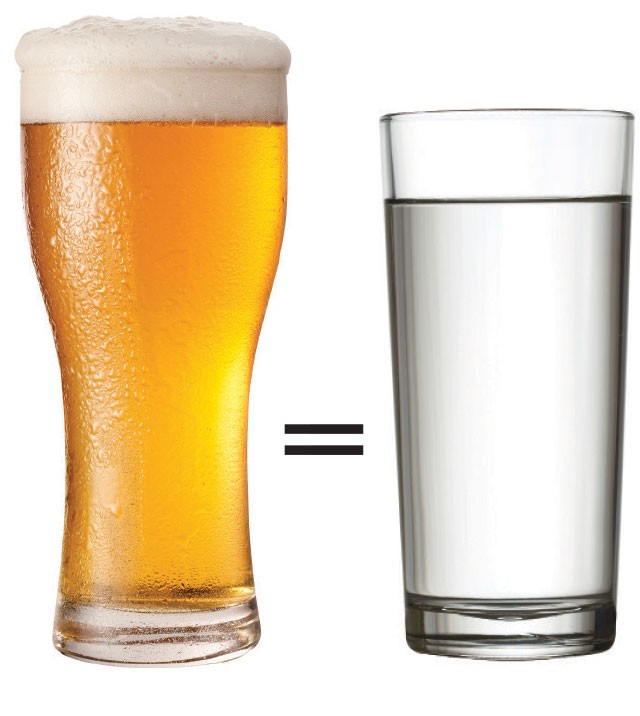 Let’s be honest here. Most college students drink alcohol at some point or another while in school. Don’t worry, we get it. Without mom and dad breathing down your neck for the first time since, well, ever, you’re going to want to let loose. It’s natural. Unfortunately, like anything you do for the first time, you’re going to suck at it. Virgin drinkers who go out for a night of heavy boozing can look forward to, at best, some embarrassment and discomfort and, at worst, serious injury. Therefore, we’re providing some good guidelines to keep your night safe and those dreadful hangovers at bay. Because, if you’re going to drink, you might as well be smart about it.

Water, and Lots of It
The thing to understand about hangovers is that they’re basically just terrible cases of dehydration. Alcohol has a nasty habit of forcing your body to expel more of its fluids than usual in a shorter period of time. This is what leads to those fun mornings dealing with nausea, headache and light sensitivity. The fix is somewhat of a no brainer. Just drink water, both before and after a night of drinking. A good rule of thumb to follow is to drink an amount of water equal to that of the alcohol you’ve consumed.

Don’t Drink on An Empty Stomach
How quickly you become intoxicated depends on how quickly alcohol can make it into your bloodstream. For example, a Cuba Libre will get you drunk faster than a Bloody Mary because the carbonation in the soda speeds up the absorption of the alcohol. However, no matter what it is you’re drinking, eating beforehand will slow this absorption rate. Starchy, carb-laden foods work best, as they actually absorb some of the alcohol before your bloodstream can.

Gender is Important
Now, we’re as feminist as they come, but when it comes to alcohol, men and women are not, in fact, created equal. Physiologically, women and men metabolize alcohol in very different ways. Women generally have a lower concentration of water in their bodies, meaning that if a guy and a gal consume the exact same number of drinks in the same period of time, her blood alcohol levels will be significantly greater than his. Women also have less of an enzyme called dehydrogenase, which breaks down alcohol in the stomach. Some studies indicate that, drink for drink, women will absorb about 30 percent more booze into their bloodstream. So, ladies, don’t go challenging your guy friends to any drinking competitions. They will drink you under the table. Every time.

Size Matters
Aside from gender, body type in general is a good thing to consider, as well. Smaller people generally have a smaller circulatory system, meaning less blood. This means that blood alcohol levels will spike higher and faster than someone bulkier. So, for example, a lithe dancer will never be able to drink as much as a linebacker, and so on. There is a reason, after all, that people who can’t handle much alcohol are referred to as “lightweights.”

Medical Amnesty
So, despite reading this awesome article and following all this advice, you still end up in a situation where you or a friend find yourself seriously smashed, to the point where alcohol poisoning is a concern. Many times students risk harm or, in some cases, even death because they or their friends are too scared to seek medical attention when their happy hour turns into a nightmare. What many students don’t realize is that academic institutions care much more about a student’s health than prosecuting them. Many schools across the country have instituted the policy of “medical amnesty,” which states that students are exempt from legal action against them so long as they do seek help for a drinking- or drug-related medical emergency. So, please, look out for yourself and your friends and don’t just try to “sleep it off.” Unless you like the idea of choking on your own puke while you sleep. Gross.