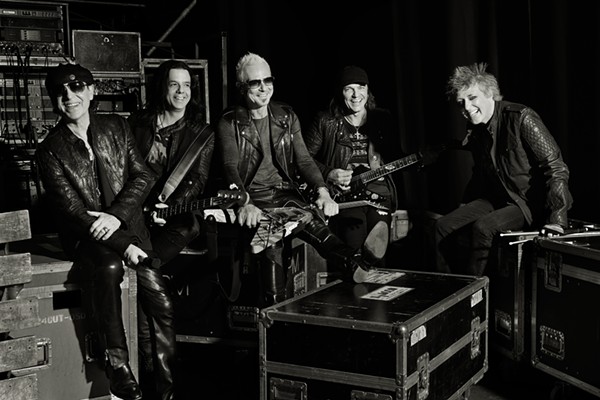 Scorpions are coming back to San Antonio as part of the River City Rockfest on May 29 at the AT&T Center, they are also celebrating 50 years of rock 'n' roll and have an album out, Return to Forever, to prove it. Who else can say that?  Not many people, not many bands. I recently had the extreme privilege to talk to Rudolph Schenker, founding member of Scorpions, and, to put it simply, in the good ol' fashioned San Antonio rock 'n 'roll/heavy metal Capital of the World universal phrase – he was "fucking awesome."

From the beginning to the end of our phone conversation (where he told me to tell their PR guy to get me backstage so we could have a drink together), Rudolph was completely courteous, professional, polite, enthusiastic and informative. I mean … this is the Scorps we’re talking about! They were
already rock stars when I was born.

Rock ‘n’ roll is in our blood, it’s a part of our culture, it’s larger than life and Schenker talked to me with so much gratitude and excitement in his voice it was inspiring.

Scorpions have had some lineup changes throughout the years, but it has always been the Scorpions as a whole – a band playing together, sharing, and creating music. Through their unity, they’ve united people throughout decades and across generations, consistently writing music that has persisted throughout the years and withstood the test of time. How do they do it?  Here’s how.

How do you maintain your drive, 50 years in?
First of all, we are very happy to have the possibility, especially after starting to be a musician and making this music called rock music, where everybody says in the beginning, ‘Okay, when the Beatles and Rolling Stones came, this holds for another two or three years, then it’s over,’ and now I’m still doing it.  I remember when the people told me, ‘You still make music, after three or four years,’ I said ‘Yes, why?’  ‘It’s stupid … you have to do something real, you never will get famous, you never will do this music for longer.’  So, in this case, we proved everybody wrong.

Do you have a favorite period of time in the band’s existence? So my favorite area, of course, is the ’80s because, especially in the beginning when we started and my brother was part of the band, with Lonesome Crow, we were experimenting, we tried to find our style. And then when Uli Jon Roth came, there were two different kinds of music, there was Jimi Hendrix style [and] influence, and on the other hand was Klaus and me. But then when Uli Jon Roth left the band and I had the pressure to compose everything … I saw the chance to really create the Scorpions' sound with Klaus’s voice.

I was working very much, every day, trying to compose the right song. I think with Lovedrive, already I was showing that with Klaus and me, we are on the right direction already, and with Blackout, Klaus lost his voice ... 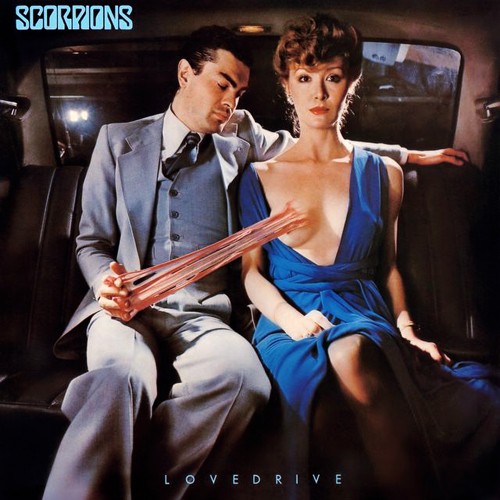 People advised Klaus to change career paths and Rudolph to get another singer for Scorpions, but Rudolph waited for Klaus to heal after surgery and therapy. Staying together allowed them to grow into, and earn, their worldwide success.

I was always believing that was the beginning of the Scorpions. When I started the band the Scorpions, I was already very much into rock ‘n’roll. Little Richard, Elvis Presley, Jerry Lee Lewis and all these people, but it didn’t force me so far to really learn the guitar. But when The Rolling Stones, The Beatles, the Yardbirds, Kinks, I said to myself, ‘That’s fantastic – four or five friends playing music together and traveling around the world … I want to do that.’

So in this case, I forced myself to this point to say I want to have, of course, good musicians, but on the other hand, people I can build a friendship with, and that became the situation in the end. That we stayed together for 50 years. And also keeping Klaus [Meine] as a singer. Not going 'Okay Klaus’s voice is fucked up, what can we do now?' I said, ‘No, we wait for Klaus, 'til he is finished with his voice problems, and then we go forward.’ You know, by waiting, we created the most successful album, ’til then, called Blackout, which came in at top 10 of the American charts, gave us the possibility worldwide really to have headline status. And to have the most played radio song in America in ‘82 called “No One Like You,” including the video [on] MTV which we recorded in Alcatraz in San Francisco.

How did you pivot in the ’90s when other music was becoming popular and your style was on its way out?
In the ’90s, there was another situation, that was when grunge and alternative came in. So our music, classic rock and hair bands, were out of business, but because we were already, in the ’80s, very much involved in playing in places where nobody else wanted to play because there was not the money, there was the adventure. For us, as a gang, the Scorpions as a band, we want to play wherever electricity is. Also, in the ’80s, when grunge and alternative came in, it gave us the possibility to play in Asia. We played in big stadiums in Asia.  We didn’t have to compete with the alternative and grunge music, and we didn’t have to give up.

Where does the soul of rock ‘n’ roll come from, for you?
The new fans are trusting in rock music, which is very connected to blues, the old blues guys, that’s the formula of music which stays forever because there’s lots of soul in it, as with the blues, as with the rock music. And this kind of music, it’s very very much still there in bands like AC/DC, in bands like Aerosmith, in Motörhead, and this we want to keep, we want to keep as long as possible for the new generation so they’ll never forget that music is really taking care and presenting a soul where people can believe in it … through the day and through their years and through their lives.

What's something that you used to be able to do in the '70s that you can't do now?
I was the manager in those days. In the ’70s and ’60s, management was not allowed in Germany. Because it was like a business with people. That was from the government. Not allowed. But I was a player in the band, I was not managing. I was trying to get the band through the hard times. There was actually a government part – an office of the government where you can go and say I’m in a rock band and I want to have gigs from you guys … In this case, I became a manager which in this case was not bad. Why? Because I could learn what’s it all about.

In 1979 we did our first American tour, starting in Cleveland, doing a festival where other bands were included in this stadium, Aerosmith, Ted Nugent, Thin Lizzy, Journey, Scorpions, and AC/DC. We were opening up in the morning at 10 a.m. in front of 40,000 people. That was our first gig. We were playing like it was our last day. Then, because we did so well, going with Ted Nugent and AC/DC, we were the opener, AC/DC was the special guest and Ted Nugent was the headliner, going to Canada and the whole United States, that was fantastic for us to learn the way how the American thinks about music.

Rudolph has a huge love for San Antonio, and a very positive outlook on life itself. At the beginning of the interview, when I let him know I was speaking to him from San Antonio, he said “Amazing city, we always loved to be there and rock the audience, rock the fans.”

How does San Antonio compare to other cities in the world?
There is no comparing … I know a lot of cities which I like. San Antonio always sticks out … It’s a very interesting mixture in San Antonio, they like rock 'n' roll very much, and the city, because of the River Walk, is special, you’re walking this street next to the river and the atmosphere is fantastic. It’s like a very great city with a lot of music. Of course I like London and Paris but that’s different, every city which I like has something special. Montreal, Hong Kong, Bangkok, there’s always cities that has this kind of edge ... There’s this very nice living part and on the other hand it’s edgy, that makes a city very interesting.