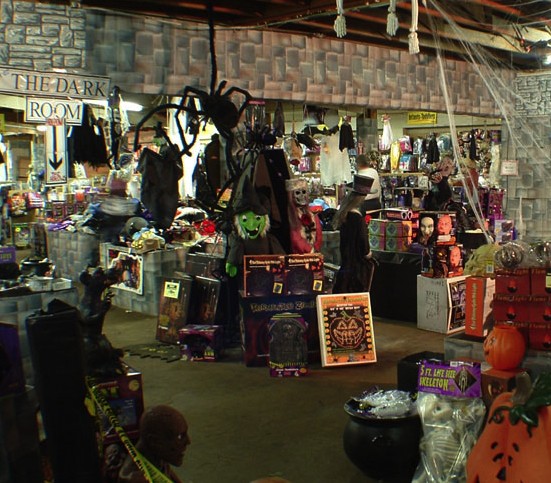 It was October and that meant the obvious: it was time to take a trip to the costume shop. By the first of the month, there were diehard Halloween aficionados lining the musty halls of Starstruck Co., the local mom-and-pop used prop shop. Isa was not really interested in wearing a recycled, well-worn costume sprayed with Febreze, but she played along for Hime's sake. He was eager to go check out this year's latest offerings: the revamped line of political masks, with an even more life-like Sarah Palin; the never-ending franchise of Pirates of the Caribbean wigs, scarves and accessories; the beyond-cheesy '60s and '70s hippie and disco schtick; and an almost illegal amount of polyester. It's a bad fire hazard, after all.

Isa just wanted to hang out with her favorite person. Every Halloween was the same for her: fast approaching, full of pressure, laziness, and utter disappointment. She always struggled for a good "original" costume idea. It was somewhat of a disaster. Hime was the opposite. He always knew exactly what he wanted to be and would make it happen. Everything else in life would take a number. Halloween rose to the top of the list.

This time around, there was something else that rose to the top of the list. Weeks of playful afternoons rolling around in bed, on the floor, in the backseat of the car had made both of them insatiably horny. It had become difficult to leave the house for any amount of time. Dates were fun but they were usually a three-step process — go out, take care of business, and immediately get back home. Hime decided that today would be special. He wanted to spice things up, to do something he had fantasized about since he was a young boy at Sears, overhearing moans from a nearby dressing room stall. He didn’t know then what he knows now. Would he have a willing, adventurous partner in Isa? Today, they were going to take their time and have some fun ... in the Starstruck Co. dressing room.

The pair made a b-line to the cluttered rear expanse of the store. The owners didn't rotate their selection, so while the new, trendy stuff was placed up front, the old vintage items got pushed further and further back, becoming more dense and often ignored by more discerning customers.

Hime had a light grasp upon Isa's small hand. He led her to the back with increasing urgency. She could sense anxiety in his movements; weaving between aisles and avoiding the other browsers. She noted a wry smirk when he turned his face — just enough so she could see the corner of his mouth out of the slight profile of his face. Hime's energy was rapidly becoming contagious. Isa didn't know where or to what end this was leading, though premonition gave her intimate stirrings that were difficult to suppress.