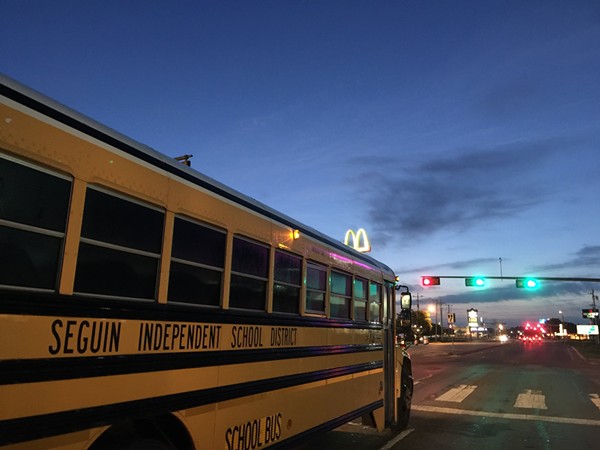 A deal that would have allowed the Seguin Independent School District to take over a radio station that was critical of it won't go down after all.

KWED, which also publishes the Seguin Daily News, said on Facebook Wednesday morning that Guadalupe Media, its parent company, backed out of talks with Seguin ISD over the district's proposal to buy the radio station. "Guadalupe Media has decided to opt out of the negotiations with Seguin ISD. We appreciate the support the community has given us," the station's General Manager Darren Dunn wrote.

Last week, the Seguin ISD board of trustees voted to buy the station, saying it would provide the district's students with learning opportunities by running the radio station and its news outfit. As Dunn characterized it in an editorial published Tuesday, the highly unusual proposal would have used public taxpayer dollars as a tool of censorship.

"As you might suspect, people were angry about this. They didn't understand the district trying to use public money this way, and most community members seemed to understand that this wasn't about students," Dunn wrote. "It was about censorship. It was about stifling any critical voices in the community. It was about creating a propaganda arm for Seguin ISD, and its current administration."

The San Antonio Express-News reports that Seguin ISD offered to pay Guadalupe Media $400,000 over five years to obtain the station. According to News 4, Seguin ISD would have been allowed to decide which of the KWED's 11 employees to keep on the payroll.