Government-Hating Ted Cruz Wants To Be Your President 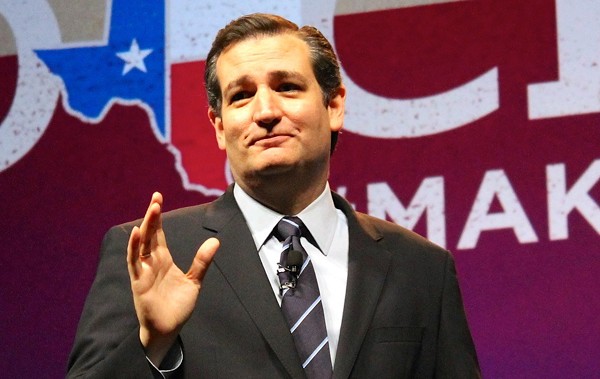 Camera-happy, former Canadian Ted Cruz, the junior senator for the state of Texas, officially announced his candidacy for president last night via Twitter. He posted a video incorporating shots of farmland and baseball and churches because America. Yesterday's announcement makes Cruz the first major political figure to officially announce his candidacy for president in the 2016 election.

I'm running for President and I hope to earn your support! pic.twitter.com/0UTqaIoytP

A Tea Party favorite, Ted Cruz is currently serving his first term as Senator. He is perhaps best known for spearheading the government shutdown effort over his distaste for the Affordable Care Act, President Obama's landmark healthcare legislation.

Cruz's candidacy jumpstarts the 2016 presidential election, of which a number of political heavyweights are expected to throw their hat into the ring for the nation's top office, including Hillary Clinton, former Florida Governor Jeb Bush and Wisconsin Governor Scott Walker.

Cruz followed-up yesterday's announcement with a speech at Liberty University in Lynchburg, Virginia, a conservative institution that is a frequent stop for Tea Party favorites. According the New York Times, Cruz's entry into the race is an attempt to build an early coalition between Tea Party conservatives and evangelical Christians in order to siphon support from more well known members of the Republican party who are expected to run in 2016.

In the hours since his announcement, Cruz has made clear many of his goals he wishes to accomplish as president, including abolishing the Internal Revenue Service.