by Stacy Fernández, The Texas Tribune 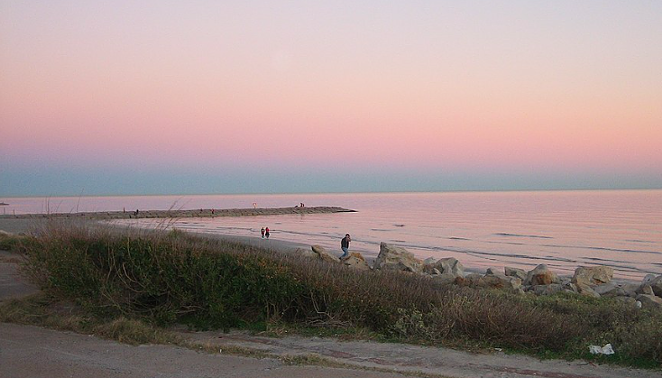 The mayor of Galveston called for a mandatory evacuation of the city Tuesday morning after Tropical Storm Laura strengthened into a hurricane and its path shifted westward, increasing the chances that it could strike the Houston area.

Galveston residents have until Wednesday morning to evacuate, but city services will be suspended Tuesday at noon, according to a city Facebook post.

“With the uncertainties of this storm and its increasing strength, we need to take all necessary precautions to protect our residents,” Mayor Pro Tem Craig Brown said in a written statement. “It’s imperative that you make plans this morning to secure your homes and move you and your family to safety off island.”

The hurricane, which is expected to strike somewhere along the Texas or Louisiana coast sometime late Wednesday or early Thursday, is forecast to turn into a major Category 3 storm or higher at landfall, according to The Weather Channel. Category 3 hurricanes have wind speeds between 111 and 129 miles per hour.

Laura is bearing down as the coronavirus pandemic remains a major concern in Texas, especially in cities like Houston. The state has averaged about 200 new COVID-19 deaths per day in August.

On Sunday, Gov. Greg Abbott declared a state of disaster for 23 counties and requested federal assistance in anticipation of two impending hurricanes, Laura and Marco. By the time it made landfall Monday near the mouth of the Mississippi River, Hurricane Marco had weakened into a tropical depression, bringing heavy rainfall and gusty winds, The National Hurricane Center said.

Laura could become the second significant storm to impact Texas during the 2020 hurricane season. In Late July, Hurricane Hanna dumped more than 15 inches of rain on South Texas at the same time the region become one of the nation's biggestcoronavirus hot spots.

This week marks three years since Hurricane Harvey made landfall near Rockport as a Category 4 storm, then inundated Houston with 50 inches of rain, flooding thousands of homes and killing more than 80 people.