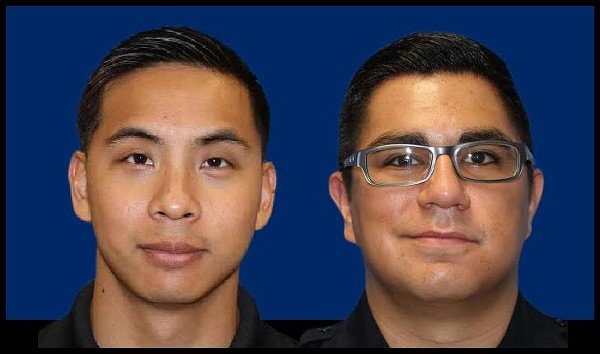 When a 24-year-old woman agreed to work undercover for the San Antonio Police Department March 2015, she had no idea what she was signing on to.

What she did know was that she desperately needed financial and legal help. The Lone Oak woman was in the grips of a custody battle with her estranged mother over her sister’s two children — and she was running out of money to keep fighting. The two cops, Emmanuel Galindo and Alexander Chapa, had promised that if she agreed to participate in their “program,” they could help influence the custody case and get her a hefty paycheck.

Neither of these things happened. Instead, Galindo and Chapa coerced the woman — called “Jane Doe” in court records — into performing sexual acts in a series of “tests” she had to pass before getting paid to act as a girlfriend to either cop in undercover scenarios. In March of this year, both Chapa and Galindo were found guilty of sexual assault, compelling prostitution and official oppression for coercing multiple women into participating in their fake undercover scheme. Chapa is serving six years behind bars, and Galindo 10.

But Jane Doe, now 26, and her lawyers don’t think this is at all sufficient punishment for the trauma she endured. On June 6, she filed federal a lawsuit against both cops for the physical and emotional distress caused by their abuse and the city of San Antonio for its failure to train, discipline and supervise its officers.

In the March trial, Doe said she had met up with the men multiple times to be given “tests” to make sure she was up to the task. This meant performing sexual acts on both men and having unprotected sex with Chapo, all under the false pretense that she would be compensated (and help the cops serve the public).

“The officers took advantage of the Plaintiff, knowing that the Plaintiff needed the financial support for a custody dispute with her mother over her sister’s child,” the complaint reads. “The officers intimidated, bullied, and coerced the Plaintiff into compliance with unwanted sexual conduct.”

None of the sexual acts she engaged in were consensual, she said. But that didn’t stop Galindo and Chapa’s defense attorney from attempting to poke holes in Doe’s story during the trial, saying that she was “well-experienced” sexually and that he doubts “she really thinks she was sexually assaulted."

The pair’s biggest asset throughout their scheme was their SAPD badge. By simply flashing their badge and presenting themselves as members of law enforcement, they were able to win the trust of a handful of women who believed they were going to help fight crime.

According to Doe’s lawsuit, she didn’t just have sex with the cops because she was in dire need of financial help — she was also “concerned about the consequences of saying ‘No’ to a San Antonio Police Officer,” and believed the “false representations” of the officers to be true.

Doe’s lawyers argue that the city is also complicit in her coercion, noting this case is just one in a series of past sexual misconduct cases within the SAPD.

“The [city] was vested with the duty and obligation to properly supervise [Galindo and Chapa]...and had the power to end the abuse but failed to do so,” the complaint reads.

“There is a pattern of misconduct, sexual assault coverup, and rape by oppression, originating from a failure to train, discipline or supervise the police officers of the San Antonio Police Department," the lawsuit reads.

Doe seeks compensation for damages, including past and future medical expenses, mental anguish, lost wages, suffering, and “loss of the enjoyment of life’s pleasure.”