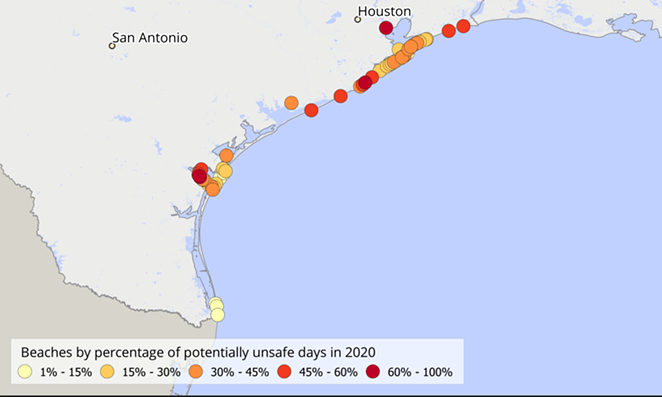 This week, the Current's readers were deep in the shit.

Our most read story this week was a recap of Environment Texas Research and Policy Center's annual poop report, which analyzes the levels of fecal indicator bacteria along the Texas Coast.

Other popular articles looked at crappy behavior by everyone from SA-native Jared Padalecki — who tweeted out his sour grapes after being left out of a new spinoff of Supernatural — to U.S. Rep. Chip Roy, who apparently decided that the federal mask rules applying to commercial airline flights don't apply to him.

But it's not all bad — readers were also looking for fun things to do this weekend, from seeing Snoop Dogg at Sunken Garden to celebrating the Fourth of July at Woodlawn Park.

Feeling out of the loop? Now's your chance to get caught up.

2. San Antonio native Jared Padalecki tweets that he was shut out of Supernatural spinoff series

1. There's so much poop along the Texas Coast, swimming could make you sick, new report says