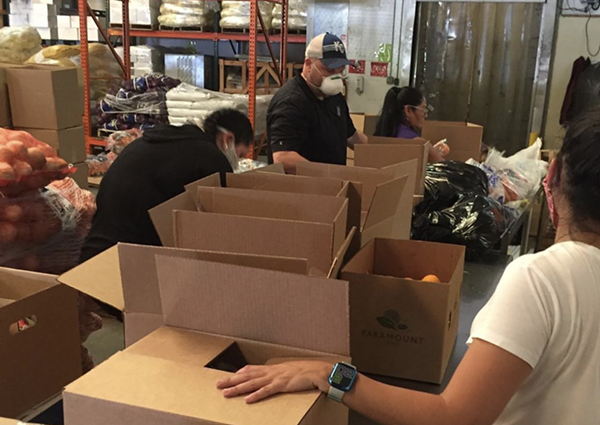 Amid urgent levels of food insecurity during the COVID-19 crisis, a San Antonio business awarded a $39 million federal contract to provide food relief is yielding disappointing results, the Express-News reports.

Event-planning company CRE8AD8 — pronounced “create a date” — has been embroiled in controversy since being awarded a pact under the U.S. Department of Agriculture’s Farmers to Families Food Box Program. Industry experts were shocked at the announcement, noting the firm’s lack of both experience and the licensing required to provide large-scale food distribution.

Now, food banks across the Southwest who were promised shipments by CRE8AD8 vented to the Express-News that they're still waiting.

“They were supposed to ramp up right away, and here we are almost three weeks after the start time and we’ve got nothing,” Tom Kertis, president and CEO of St. Mary’s Food Bank in Phoenix, told the daily. “All this money was poured into one provider, and they are not delivering."

So far, only the San Antonio Food Bank has received shipments from CRE8AD8, whose contract with the USDA gives it until June 30 to deliver 750,000 food boxes to food banks in seven states, including Arizona, Arkansas and Utah.

“We are three weeks into the six-week program and we have received three-and-a-half truckloads of the 57 we hope to use to feed our families,” Eric Cooper, president and CEO of the local food bank, told the Express-News. “I guess we are lucky to have received the three-and-a-half, as the other food banks in the Southwest Region have not received any of the 469 they desperately need.”

Other food bank administrators expressed frustration with the lack of communication from CRE8AD8 and its owner, Gregorio Palomino. Palomino’s past experience came into question after companies with which he claimed to have business relationships, including USAA and Valero, denied working with him.

“I’ve moved on, and I am working with those vendors who are communicating with me,” Denise Blok, chief operating officer of Austin's Central Texas Food Bank told the Express-News. Even though she reached out to CRE8AD8 shortly after the firm was awarded the contract, “nobody has ever gotten in touch with us,” she added.

“There is frustration," Blok continued. "Especially because it is someone that is [geographically] close to us. To not hear from a single person from the company, that is a little discouraging.”