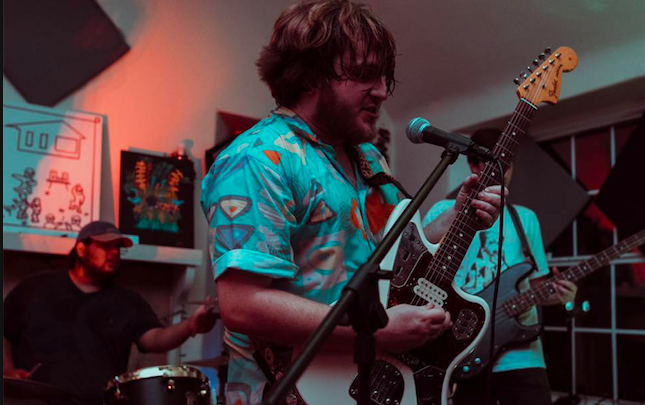 As the event approaches, we're hitting up members of participating bands to talk about the Alamo City's music scene, including its positives and negatives. Our second run-through features Sam Berton vocalist and guitarist of indie/alt-rock/bedroom-pop outfit Noise Quota.

How long has Noise Quota been together?

Noise Quota has been an idea in my head since before graduating high school in 2015. It started off as more as a garage punk kind of band, and as members changed and I got better at my instrument and my tastes kind of changed, we fell into a different kind of sound. But the Noise Quota that people would know about today has probably been going on since 2016. That’s also when we started playing shows regularly.

When did you start going to shows?

Honestly, I didn’t realize that there were a lot of shows to go to in San Antonio until I started playing them. It was going to places that I wanted to play at like Imagine Books and Vapure back in 2016, that made me realize that there was a whole music scene here, so it was actually pretty late. It was around the same time that I wanted to play shows with my band that I started going to shows regularly.

You mentioned in another conversation that you used to book shows. When and where was that?

There was this little place called Vapure. It was like an electronic hookah lounge. The owner wanted to have live music incorporated. And before I was even booking there, there were local music shows going on during the weekends. Every now and then, he would do bigger shows in the parking lot with bigger SA bands. One time I just noticed he needed help at the shop and I needed a job, so I started working there, and not long after getting started, I started helping with the booking.

How long did you book there for?

What kind of bands did you book?

Everyone from Booty Feet to Verisimilitude and Lonely Horse. We also had out-of-town bands from Austin and Houston.

Being sort of new to the music scene, what are some positive and negatives you see?

It’s crazy how many really talented people there are making music here in town that you don’t really have to scratch too far beyond the surface to find out about. I think it’s cool that there are a lot of supportive people in the music scene.