Shop Till You Drop

At its finest, this 36-year-old Dallas-born chain feels like a neighborhood bookstore — especially the locally beloved outpost on lower Broadway. The well-arranged combination of gently used detective novels and literary classics and bargain-priced new titles naturally blunts any corporate atmosphere, and Half-Price attracts and hires the bookstore version of John Cusack’s High Fidelity character. Half-Price, and we hesitate to say it, is our favorite source not only for obscure vinyl and vintage Playboy (the articles, people! And, fine, those pre-implant/liposuction bodies) but for gorgeous, undefiled Taschen and Phaidon art books.
p.s. Although you voted chains for your top three bookstores, San Antonio, Cheever Books, Nine Lives, The Twig, and the San Antonio Public Library Book Cellar also got lots of love.

OK, so you’re looking for The Penis Book for your gal pal but you’d also like to get a tin propeller plane for your nephew. On Main Off Main has got you covered. The shop stocks a fine collection of bric-a-brac for any occasion, plus “the backroom” is stocked with naughty gifties for their special clientele. We’re sure you won’t be able to find that at the Hallmark store at the Quarry, but we hear they have a wide assortment of Yankee Candles.

Hogwild is the dean of SA mom-and-pop record stores, and over the years it’s also become the place where musical miscreants in this city congregate, compare notes, promote their shows, and seek out fellow musicians.
Located across from San Antonio College, Hogwild is the closest thing San Antonio has to a hub for the local music scene. The store dutifully carries the obligatory hot new national releases, but it really stands out because of its collection of used vinyl and Texas music. Plow through Hogwild’s vinyl racks and you’re liable to find everything from a long-forgotten Boz Scaggs album to an early Gladys Knight and the Pips collection or a copy of Switched on Bach. Toward the back of their CD racks, you’ll find albums by local heroes such as Doug Sahm, Augie Meyers, Flaco Jimenez, Buttercup, and The Krayolas. Throw in their assortment of underground music mags and hard-to-find concert and documentary DVDs, and Hogwild is a one-stop, indie-rock shop.

Hogwild is the dean of SA mom-and-pop record stores, and over the years it’s also become the place where musical miscreants in this city congregate, compare notes, promote their shows, and seek out fellow musicians.
Located across from San Antonio College, Hogwild is the closest thing San Antonio has to a hub for the local music scene. The store dutifully carries the obligatory hot new national releases, but it really stands out because of its collection of used vinyl and Texas music. Plow through Hogwild’s vinyl racks and you’re liable to find everything from a long-forgotten Boz Scaggs album to an early Gladys Knight and the Pips collection or a copy of Switched on Bach. Toward the back of their CD racks, you’ll find albums by local heroes such as Doug Sahm, Augie Meyers, Flaco Jimenez, Buttercup, and The Krayolas. Throw in their assortment of underground music mags and hard-to-find concert and documentary DVDs, and Hogwild is a one-stop, indie-rock shop.

It’s not that we have a problem with Ashley Furniture. Not at all. Obviously San Anto residents adore the furniture mecca, whose specialty is faux-leather upholstery. Ashley’s three San Antonio locations always have a furniture showroom stocked full of interesting finds (we’re a tad partial to the selection of bar tables). Surprisingly, IKEA made the list, although the nearest store is in Round Rock. Another shock was Motif Modern Living; the store didn’t quite get enough votes to enter the top three but they earned respectable numbers considering they just opened their local shop in late February.

3. IKEA
Houston and Round Rock
ikea.com/us/en/

John Minton wants his store, Atomic Comics & Gaming, to give you that “Cheers feeling” when you walk in the door. Indeed, during a recent, minutes-long visit, two customers were greeted by name like old (Super) friends.
With racks, boxes, and cases full of comics, toys, and art, Atomic is an ideal place for true believers and newbies alike — they even host Star Wars, Star Trek, and Magic: The Gathering gatherings. There’s not much in the way of indie graphic novels (Atomic’s bread-and-butter is the superhero genre), but Minton can special-order just about anything that’s up your alley. This shop is as much about the human touch as it is the Human Torch.

Look, I know what cooks. I cohabitated with a gamer for over a year who attempted to coerce me into playing World of Warcraft. (He had to settle for Lego Star Wars and our relationship had to settle for demise, but don’t say I didn’t learn a thing or two along the way.) Many an afternoon was spent perusing the well-organized shelves and bargain bins of GameStop. Many more afternoons were spent amusing myself as my boyfriend tried to attain the sword of truth from the troll of doom, but I don’t hold it against GS.

Set aside half a day when you walk into a Goodwill store (especially during their Sunday and Monday 50-percent-off-color-of-the-week sales). You’ll most likely walk out with some great find, whether it’s a slightly used household appliance or a smashing cocktail dress. Classy vintage finds and original salvage fashions earned Jive, the small Southtown shop, second place. It features an eclectic array of T-shirts, dresses, and absolutely fabulous accessories.

All of my most fashionable girlfriends (and their daughters) shop for shoes at Nordstrom — which totally makes sense because Nordstrom began in 1901 as a shoe store in beautiful Seattle. Today it’s a chain of 103 stores, one of which finally opened in Say-Town.
Beyond a fine, fierce selection of footwear (oh, OK, and other wearables), Nordstrom also has something in store for the foodie: Ebar, the department-store alternative to Starbucks which can be found at the entrance of most locations.

Two ‘A’s: Apple and Anthropologie. That’s really what it comes down to, right? If one of those stores doesn’t put wind in your sail, well then you don’t deserve to visit the Shops at La Cantera, near Fiesta Texas, Rudy’s, and my mom’s (hi!). And don’t “Ooh, aah, Nordstrom” me! Until we get a Nordstrom Rack, we’re still behind Plano.

There are other draws, of course. The ‘B’s, for example (Betsey Johnson, Burberry, Bravo). If only they could do something about the open-air mall’s temperature during the hot, hot Texas summer months. Can’t be bad for Marble Slab’s business, though.

I worked as a seasonal employee at James Avery, the premiere church-mommy shopping destination outta Kerrville, for two years in a row during the holidays. And as miserable as it could be to get reamed by a customer for using the inclusive “holidays” greeting instead of “Merry Christmas,” or to tell a small girl she’d have to pay to get that charm moved to another link on her human-anchor of a bracelet, I’ve got to say, I did have some good times.

These days, my tastes lean away from the mass-produced when it comes to jewelry, but that doesn’t mean you won’t see me wearing my garnet-and-sterling non-high-school ring around.

First Friday arts & crafts vendors got nothin’ on the Fiesta Arts Fair, which was recently names one of America’s “top 10 arts fairs and festivals.” Pretty impressive. The gorgeous grounds of SSAC provide a tranquil environment (and a nice escape from the usual Fiesta hysteria) for the 35-year-old fair. Nearly entering the winner’s circle was the DIY Factory, which was held for the first time in October 2007 and offered a “handmade revolution” alternative to the arts & crafts scene with an appeal to 20-somethings and punk-loving grannies.

Yes, Steve Madden although we adore your shoes ... we wish that you would make your boots capable of withholding women with thick calves. While we salivated over a pair of $139.95 boots we couldn’t quite fit into (remember, chubby calves), we didn’t hold that against you. Your collection of sandals is cute — simple flats in bold hues and sky-high wedges. Local shop Lee Lee Loves Shoes doesn’t disappoint, either; the almost four-year-old shop specializes in understated pumps and dressy heels.

With the arrival of Neiman Marcus at the Shops at La Cantera – plus a host of other notable ateliers, including Betsy Johnson, Pineda Covalin, Burberry, Anthropologie, and indie gems such as Galeana and Penny Lane – it’s remarkable that a midtown staple of San Antonio’s upper crust should hold its own with the high-fashion crowd. But when the North Side upped the fashion ante, family-owned, 63-year-old Julian Gold doffed its white gloves and stepped into the ring to fight for the evening bags of the next generation. A stylish billboard campaign reminded San Antonians that they don’t have to go to the mall to get their Escada, Etro, Nanette Lepore, and Pucci and a booked calendar of instore and community events gives shoppers a reason to be regulars. JG still features a bridal salon that feels like a throwback to an earlier era, and it’s more St. John than Prada (oh, please bring in some Prada), but it’s only old-school in the best sense of the word.

The coveted Coach bag is still a hot item these days, apparently. And with summer mere weeks away, expect ladies to flock to the nearest Coach store (or any other place that carries the expensive handbags) to get their freshly manicured hands on an item from Coach’s Soho Collection. The hip fashion boutique AnnieGogglyn carries a selection of designers worn by young celebutantes, including 1921, Ed Hardy, and Kitson. The prices are a bit steep, but if you’re a daddy’s girl, we’re sure you’ll manage a few purses on your way out the door. And if you foot your own limited budget, check Francesca’s for totally fresh, totally affordable bags of the moment.

Twenty-seven-year-old Shades of Green is an oasis in the heart of near-Northside SA. The cabin-like main shop, pathways, fountains, and cedar arbors are crowded with bougainvillea, roses, tropical hibiscus, scented geranium, kitchen herbs, and what seems like every lovely blooming thing under the sun — plus the pots, plain or glazed works of art, to put them in if you’re container gardening. In fact, it would all be a bit overwhelming if the staff weren’t truly helpful, and willing to walk you all around their verdant maze to find plants that will work for your personal garden. They play matchmaker, too. Last visit, following a sentence that began with, “You know what you need on your patio … “ the Current went home with a Rangoon Creeper in addition to her bag of all-natural (that’s the standard at Shades of Green, as are natural pest-control products like corn meal and Neem Oil) potting soil.
2. Calloway’s Nursery
Multiple locations
calloways.com 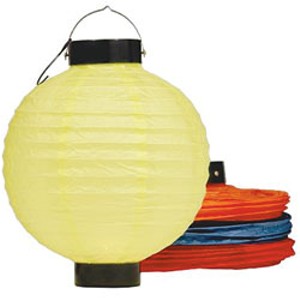 Ya’ll readers gave the top prize to a chain, sure, but it’s not because you’re stupid (else Pier 1, which has “imports” in its proper title, would’ve snagged the prize). Nope it’s because the warehouse-like environs of WM contain not only reasonably priced, exotic looking household items. Uh-uh — it’s just practical: Where else can you purchase a bottle of wine, a coffee table, Junior Mints, and a necklace? (Where else, at least, that you don’t have to have a membership to?) For those occasions when expense is less and object (and uniqueness more of one), hit up local outposts San Angel and Sloan/Hall.

Who can resist the polished and thoroughly accessorized charms of the culinary-gadget chain that brought gourmet to America’s kitchens? Not us, apparently, though we have our own restaurant-supply district in booming Southtown (where Ace Mart and Mission duel it out for the attention of pro and amateur chefs). But sans Williams-Sonoma’s color-coordinated lures, who knows how long the Current would have gone without a mandolin to slice her fennel bulbs, a sieve to crush her tomatoes, and a coddler to coddle her eggs?