Shot of the Week: The Apple Pie Shot 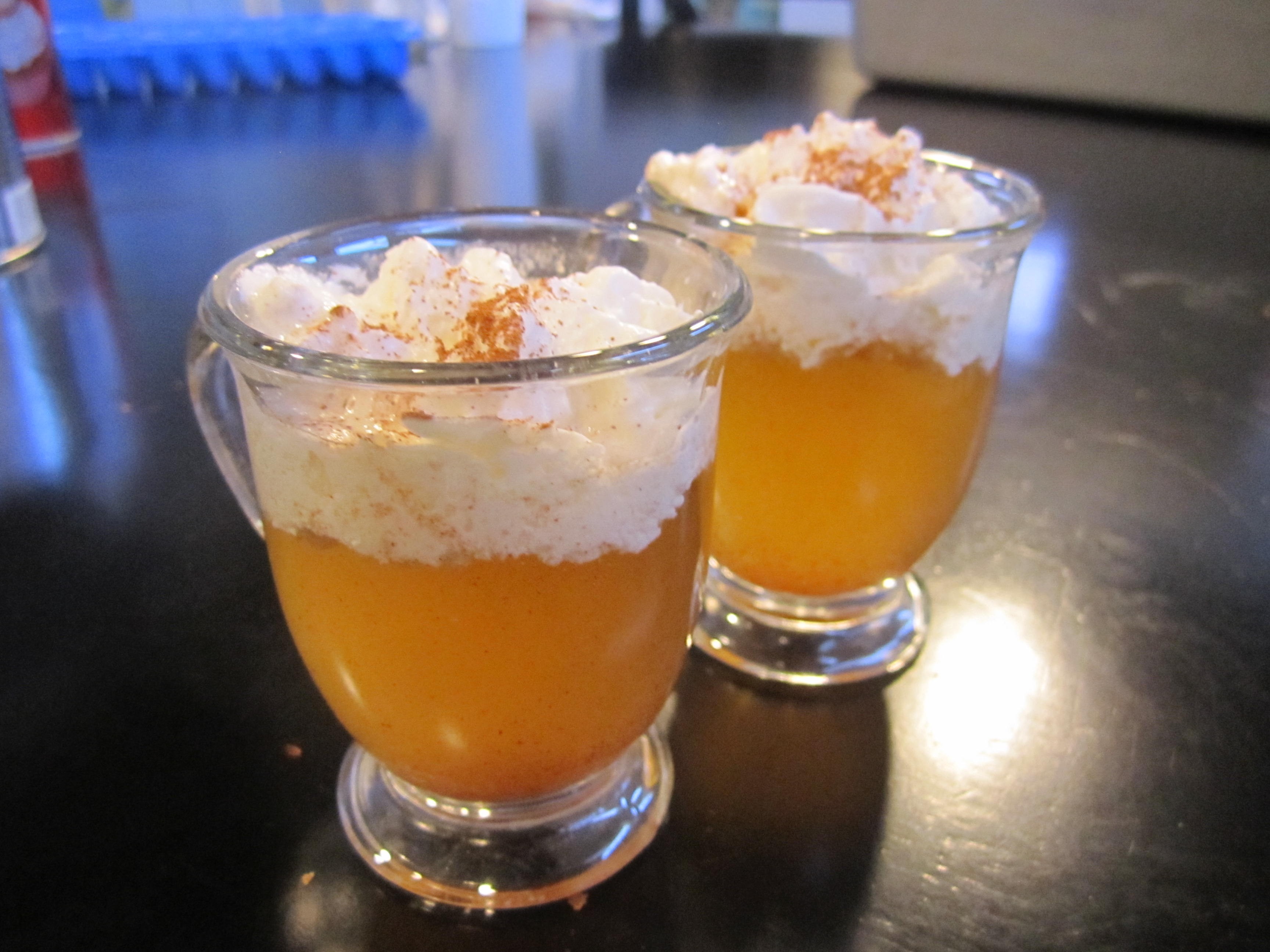 It's a bit messy.

Pumpkin is so last week. It's time for apples to shine.

For this week's shot, I recalled one of my favorite college-age concoctions: an Apple Pie shot. It's quite simple, really. Combine equal parts vodka and apple cider or apple juice with ice, shake and pour into a shot glass. Top with whipped cream (the canned kind works, but whip up your own if that's what you're into) and a shake of cinnamon.

They're almost too pretty to take, but that's not the point of this post. Shoot it fast, or it will get messy.