Shot of the Week: The Three-Legged Monkey 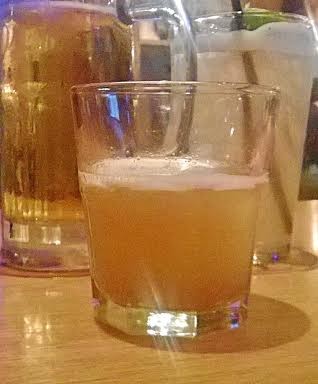 As children many of us had toy chemistry sets that we used to mix up all sorts of concoctions. Rarely did we actually follow the directions. More often, we just took different formulas and mixed them together for the fun of it. Bartending is like a toy chemistry set for adults. Much of the fun comes from taking unlikely combinations, mixing them together and drinking the result, even if it means holding our noses and breath in the process.

This week’s shot, the Three-Legged monkey, may have started as one of those experiments, but this time, the results turned out quite delicious. The shot starts out innocent enough with an ounce of Crown Royal Canadian Whisky, but then things get a little more adventurous as equal parts amaretto and pineapple juice are added to the mixture.

The effect is something of a shot and a chaser in one and makes for a silky smooth, yet deceptively strong shot–without the gasoline kick of many other whiskey based shots.

Combine all three in a shaker glass with ice. Shake vigorously. Serve.