Should You See the 'Oldboy' Remake? 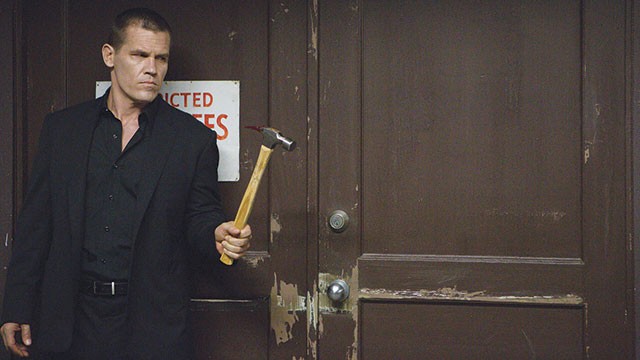 I’ll admit it, I fell hard for the original Oldboy, the film that launched South Korean director Park Chan-wook to prominence worldwide with its impressive reception at the Cannes Film Festival in 2004. While some critics sniffed at the film’s graphic violence and twisted plot—Manohla Dargis suggested its popularity was “symptomatic of a bankrupt, reductive postmodernism”—I, like many others, responded to the surreal style, the dark humor and the terrifically unhinged protagonist of the second in what became Park’s “vengeance trilogy.” Basically, the plot goes like this: Oh Dae-su, a drunk, is kidnapped during a bender and imprisoned in an eerily homey (for a prison) room for 15 years while his wife is murdered and daughter put up for adoption, only to be released without explanation. He stalks the streets of Seoul bent on revenge, with the aid of a winsome young woman he meets randomly. His sociopath captor taunts him mercilessly while Dae-su goes on an uber-violent rampage to discover why he was imprisoned and who was behind it.

Initially, I thought I’d give American Oldboy, directed by Spike Lee and starring Josh Brolin and Elizabeth Olsen, a shot, but after recently re-watching the original, I have some serious reservations. On the other hand, as the blogosphere can attest, the remake has some intriguing elements that seem worthwhile. Here’s my pros and cons, as well as whether I’ll be sitting in the theater on opening day.

The Lead Actors
Brolin (W., No Country for Old Men) has the charisma of a leading man but the commitment of the yeoman character actor that he’s always been. Olsen, another actor known for intelligent choices, could shore up the original’s weakest point, the inexplicably ditzy love interest. In an interview with the Huffington Post she said “we have to make her something different than the Korean film, obviously. Because in that it’s just kind of like using the woman as a tool, in a way … you had to change that.”

The Director
While Spike Lee doesn’t seem like a perfect fit, he has technical chops that rival Park’s skills. Though he may be more judicious than Park in busting out flashy moves, there’s at least two scenes that already have the industry buzzing: one is Lee’s notorious double-dolly tracking shot, which can cause characters to appear to glide through scenes; the other is a nearly single-take battle royale filmed on three levels of a parking garage, which ups the ante on Park’s original scene of Dae-su annihilating a group of bad guys in a narrow hallway.

The Sign-Off
According to a recent interview with Lee on The Verge, the only reason Brolin participated was that Park gave his blessing to the re-make.

No Subtitles
And no unfamiliar Asian culture crap to distract the idiot masses from the plot at hand. Yeehaw!

Samuel L. Jackson in a Mohawk and a Leather Kilt
’Nuff said.

The Style
One of the thrills of Oldboy was its striking visual appeal. Park and his art department carefully curated sets and costumes—just look at all that funky wallpaper, the avant-garde clothing, the dim lighting. The result is as if Wes Anderson art- directed a David Fincher film. In comparison, the remake’s art department is helmed by a team best known for The Town, which went hard for realism over style.

The Director
While Spike Lee has some fancy camera tricks up his sleeves, his more recent efforts at surrealism and dark humor—both hallmarks of the original Oldboy—have been panned. In some ways, what made the original’s gruesomeness in plot and action palatable was its over-the-top, intriguingly odd packaging. Like a Quentin Tarantino film, the hyperstylization is almost soothing, as if to say, “it’s OK. This is only a story.” Lee’s earnestness, by contrast, is all about highlighting the real, albeit with his auteur eye. And trust me, this is one story that you don’t want to believe could happen in reality.

The Octopus Scene
Many fans of the original might go to the remake just to see how the infamous live octopus scene is reinterpreted in an American setting. In fact, since Olsen’s character is now a doctor, not a sushi chef, I wonder if it will even make it in at all, and if it did, what would be the relevance? In the original, the scene helped spark a budding relationship between Dae-su and the chef, simultaneously adding an intriguing layer to the mystery (why would any woman be attracted to someone who just ate that?)

The Plot
More shocking than the violence, which seems almost quaint now compared to the films Oldboy inspired, is its fucked-up ending. It’s a story that need only exist in this world once, and it’s unnerving that Hollywood found the twist ending so titillating that it needed to be remade in a more familiar context, sans subtitles and transplanted to American soil, just to maximize the story’s reach. It’s sort of like remaking The Crying Game because people couldn’t understand the actors’ British and Irish accents.

In the end, I’m wary that all the things I loved about the original will be “reinterpreted” by Lee into a dour, uberviolent and exceedingly icky version, despite some potentially stellar performances, a smarter female lead and Samuel L. Jackson in a mohawk. Even the advertising for the remake shows signs of the kind of heavy-handed foreshadowing—“Ask not why you were imprisoned. Ask why you were set free.”—that studios insist upon for American multiplex audiences, but which was so refreshingly absent from the original. I fear Lee’s joint might end up like Dae-su in Park’s cult classic, stripped of wonder and unable to say anything new.