Shovels & Rope Wed Folk and Rock, and Each Other, in Marital Music 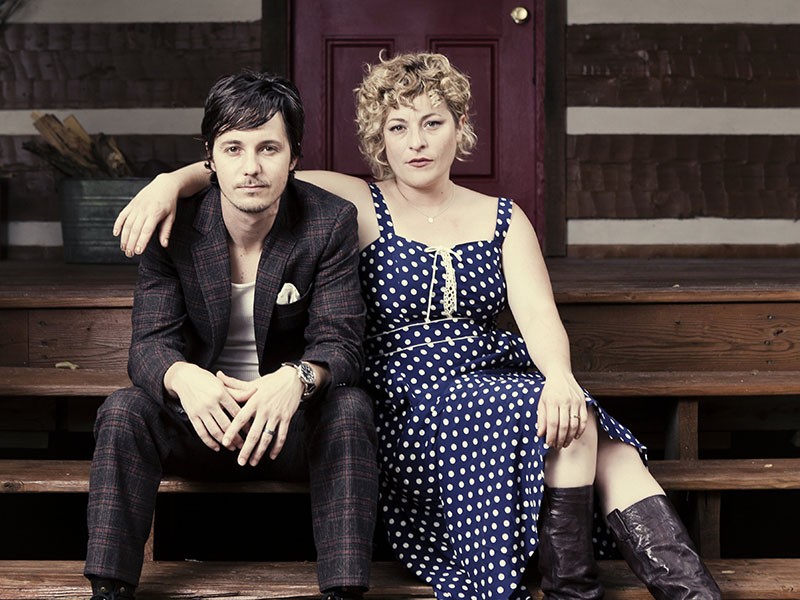 As hard as it is to build a happy romantic relationship, it's even harder to do so while creating a successful music career. Cary Ann Hearst and Michael Trent of Shovels & Rope are making it look too damn easy, crafting music that's impossible to shake—smart, sanguine, frustrated and triumphant all at once. It's ruminative riverboat music, guilty gambling and rambling music, contemporary Appalachian pride music. It's cagey and drawling folk rock with a sense of history and place, second only to its casual sense of individuality. Through the course of three masterful albums—Shovels and Rope (2008), O' Be Joyful (2012) and Swimmin' Time (2014)—the duo has proven itself as inventive, poetic lyricists and playful, proficient musicians.

Recently, I caught up with the pair over the phone and asked how they balance the demands of the business with the cares of a living love. Hearst was the first to speak up, noting that "music is at the core of our beings, but our relationship is still the most important part of our lives. We could always do something else with music, but we won't sacrifice our love." For his part, Trent said that the two keep sane by awkwardly dodging personal questions (my bad) and "keeping our private lives as private as possible."

As far as managing the workload and aligning ambitions, Hearst assured me that they have few problems, because their "minds and aspirations are basically joined at this point." Trent added, "We just try to control what we can control and enjoy the craft and challenge ourselves. We find real creative freedom as a two-piece, where our sound is dictated by what we can accomplish together."

The two-some's dedication to one another and to the music is paying huge dividends. On their most recent effort, Swimmin' Time, the swanky country-cabaret rock-and-roller "Coping Mechanism," the jagged and mournful "Evil," the twangy and pretty rumination on temptation and love "The Devil is All Around," and the wailing, bluesy dirge "Ohio" serve as exemplars of an album full of stories, Americana extrapolations, harmony and heart.

While you might find it amazing that two people are able to spend so much time living and working together, Hearst argues that Shovels & Rope is as natural as can be. "Look at the old family store or any one of the long lineage of family bands. I feel like families do and should work together," she remarked. Quickly, she added, "We are two people who have a biological need to make music, and we just happen to be married." So, you can guess what happened when I asked if we could expect any solo projects in the near future.