Sid Miller Called Hillary Clinton a "Cunt." Are We Supposed to Be Surprised? 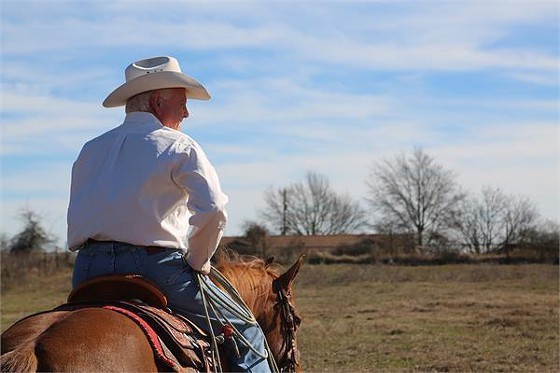 The internet didn't blink. A screenshot of the post spread like wildfire across the Twitter-sphere and beyond. First, Miller's office told reporters he was hacked. Then, the story changed, with Miller instead blaming a campaign staffer for retweeting the post—even though it was clearly not a retweet.

Miller's track record on social media —which strikes the same tone as Donald Trump's— makes it hard to imagine anyone else posting this kind of message.

As election day draws nearer, Miller has taken to Twitter and Facebook to share photos of Clinton calling her "scary", "delusional," and, of course "crooked." He doesn't stop with Clinton. During his tenure in statewide elected office, Miller has used Facebook to compare Syrian refugees to a pit of rattlesnakes, propose dropping a nuke on all Muslim countries, and has taken to calling President Obama a "dummy."

"It's not about one tweet, it's about a consistent pattern where the Republican Party fails to show even the most basic sense of human decency [to women]," she wrote in a press release.

The majority of Texas Republicans have distanced themselves from the GOP presidential candidate, especially for his derogatory treatment of women. Miller is one of the few Texas officials openly cheering for Trump, who called Miller a "star" at a Sunday rally.

Miller has been backed by other people known for their offensive comments, like Ted Nugent, the musician known for racist and anti-Semitic rhetoric. In fact, Nugent helped run Miller's 2014 campaign for Agriculture Commissioner.