Guidebooks usually direct San Antonio visitors to tourist standbys like the Alamo or the River Walk or the Mission Reach — maybe even newly developed areas like the Pearl. But San Antonio is nothing without its neighborhoods and the diverse history each tells. Here’s a peek at some of the city’s oldest and most significant ’hoods.

Monte Vista
This neighborhood blossomed during the “Gilded Age” — the period between 1890 and 1930 when wealth first began flowing into the small city. Monte Vista was the elegant crash pad for the city’s rich cattlemen and oil barons who moved to town during this time. Stroll through this inner Northside neighborhood to gawk at ornate mansions that reflect the immense wealth that South Texas’ famed industries poured into the city. 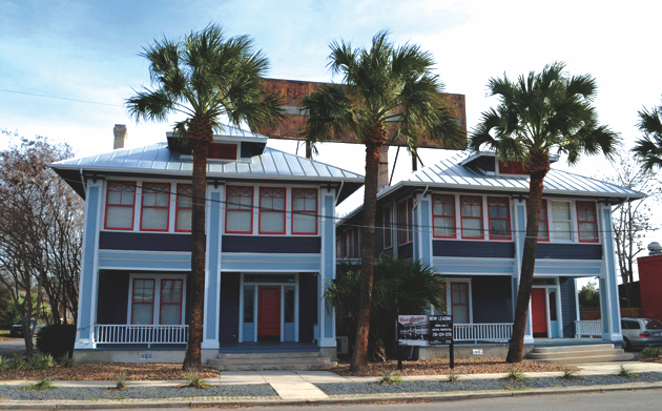 San Antonio’s most historic African-American neighborhood may come as a surprise to locals. That’s because Lavaca’s thriving African-American churches, businesses and community centers were leveled in the 1940s to make way for public housing projects — pushing the community into the inner Eastside. The heart of this community was the Mount Zion First Baptist Church, built in 1871 by freed slaves, which has since been reopened a few blocks east of the Alamodome. If you look closely, you can read quotes from the neighborhood’s old residents embedded into the sidewalks of South Presa, Eager and Sadie streets.

This is the city’s first official neighborhood. First a Coahuiltecan Indian village, La Villita was swiped by Spanish soldiers stationed at the Alamo in 1835. A decade later, La Villita was considered the “worst slum” in San Antonio — but a city council ordinance demanded its rehabilitation. Now, the charming riverside village is an arts and music hub, home to a handful of art galleries and dozens of annual festivals.

Once irrigated farmlands for Mission San Antonio de Valero (the Alamo), King William was the heart of the city’s German community from the mid-1800s to the 1920s. Thanks to the community’s commitment to historic restoration, the neighborhood (mostly) remains frozen in time with its beautiful Victorian mansions draped in ivy, handcrafted gables and wrap-around porches. Stroll down King William Street for a look into San Antonio’s unexpected German past.

Dignowity Hill
This neighborhood was the city’s first exclusive upper-class residential area, with homes sold only to white locals with prominent surnames (or just a lot of money). By the turn of the century, Dignowity Hill had shifted into a more middle-class industrial neighborhood, since Southern Pacific rail had laid down tracks on the north and west sides of the hill. Those working on the railroad or for railroad-related commerce and industry moved in. A relic of South Texas’ railroad industry can be found at the western end of Hays Street, where a former railroad trestle (the Hays Street Bridge) provides a pedestrian gateway into downtown San Antonio. The neighborhood restricted African-American or Hispanic residents from buying property in Dignowity Hill up until the late 1940s, but now the community overlaps with the predominantly African-American communities of the Eastside.

Avenida Guadalupe
This neighborhood, lying directly west of downtown San Antonio, is laced with rich Chicano and Latino history — and has been the breeding ground for numerous grassroots organizing movements. In recent years, local activists have worked hard to preserve some of the historic buildings and public spaces at the heart of the inner Westside, and have used murals and photography installations to remind current residents of the neighborhood’s roots. For the last 20 years, Avenida Guadalupe has been the starting place for the city’s annual César E. Chávez March for Justice, a nod to the area’s revolutionary soul.