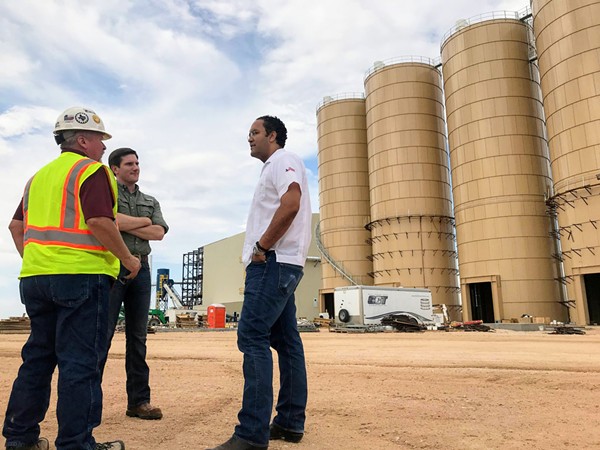 The Sierra Club has trained its sights on a pair of Texas Republicans locked in competitive midterm races.

The environmental group is targeting social media and ad buys in its new "Fossil Fools" campaign against Sen. Ted Cruz and U.S. Rep. Will Hurd, citing their records of siding with polluters over health and the environment.

Cruz is fighting a widely watched battle against Democratic U.S. Rep. Beto O'Rourke. Hurd faces a challenge from Democratic Gina Ortiz Jones to represent a Texas border district that includes a swath of San Antonio. Neither responded to interview requests from the Current.

Cruz, a frequent denier of manmade climate change, has made a political career out of siding with corporate polluters, Sierra Club officials said. What's more, he has a 3 percent lifetime environmental voting record, according the League of Conservation Voters.

"Our aggressive ad campaign will make clear to Texans that Ted Cruz is a Fossil Fool who will do anything to help polluters instead of his constituents,” Sierra Club National Political Director Ariel Hayes said.

Hurd has presented himself as a moderate by differing with President Trump on immigration issues, but the Sierra Club charges that his environmental record is far from the middle of the road. The congressman has a 2 percent lifetime voting record from the League of Conservation Voters.

"Leaving his rhetoric aside, Will Hurd's abysmal voting record against clean air, clean water, and protecting our public lands makes it clear that his true allegiance is to the polluters, and not the people of Southwest Texas," Hayes said. "When it comes to the environment, Hurd votes in lockstep with the most extreme elements of the Republican Party."

Since first running for Senate, Cruz has taken $2,899,717 in campaign contributions from the oil and gas industry, according to the nonpartisan Center for Responsive Politics. Hurd has taken $712,155 during his political career.