Signing the Dotted Line: Lonely Horse is the Latest San Antonio Band to Fall Under the Weight of Dealing with a Record Label

When news broke that Lonely Horse was breaking up, it seemed like the city’s entire music scene felt the jolt.

The duo, comprised of singer-guitarist Nicholas Long and drummer Travis Hild, delivered one of San Antonio’s most powerful live rock shows. Matching thundering drum hits with Hendrix-esque blues riffs and Long’s soulful vocals, they embodied a DIY grit that made them a hot booking commodity for more than a decade.

Breakups are normal in the music business, but Lonely Horse’s dismantling wasn’t just the result of the members wanting to pursue other endeavors. In 2014, at a peak in their career, the band fell into protracted dispute with its record label — one from which Long and Hild have never fully recovered.

The band’s contract with Nouveau Riche Records meant the label held all rights to its recordings, Long said. The deal also stipulated that Lonely Horse must repay any money it receives from Nouveau Riche and that the label can essentially dictate the band’s business decisions.

Conflict boiled over after Nouveau Riche owner Santiago Ortega was unable to get Lonely Horse a contract with Atlantic Records. Long claims the deal never materialized because Ortega pitched Atlantic with an unmastered recording of the band’s debut album.

Subsequently, other labels looked interested, according to Long. But, he added, Ortega refused to sell the band’s contract unless he got $60,000 in return. Long said Ortega maintained that $28,000 of the total was money he’d already poured into Lonely Horse.

“Trying to recover from everything with [Ortega] was so hard,” Long told the Current. “We signed a shitty deal with a local label who wouldn’t let us sign to a major label because they wanted to force money out of the major label, you know? Our dreams were right in front of us, but $60,000 from some bogus-ass money was what kept us from getting a record deal.”

Lonely Horse broke up in 2016 over the ordeal and the two members drifted into other projects. Over the past few years, however, they reunited, playing a sprinkling of live shows.

But, according to Long, the band’s lingering conflict with its label and the terms of its contract proved too much to endure.


Complete Control
Lonely Horse isn’t the only San Antonio act with label woes at the heart of its breakup.

World Bizarre, an early-’90s outfit that sounded like an amalgamation of early Black Sabbath and Jane’s Addiction threw in the towel after conflicts with its locally based label.

The band had picked up regional momentum when it caught the attention of San Antonio’s Belt Drive Records. It was the first act to play Emo’s when the storied Austin venue opened its doors in 1992, and it shared stages with the likes of Gwar and White Zombie.

The label offered a record deal in exchange for what World Bizarre frontman Andy Beres said was complete control over the direction of the band.

“Belt Drive Records was trying to use the template created by the SubPop record label of signing a band, selling them to a major label and cashing in,” said Beres, referring to SubPop’s success in selling the burgeoning Nirvana to David Geffen Co.

Belt Drive paid for studio time for World Bizarre to record an album. But Beres said the label shopped an incomplete product to bigger record labels.

“We had laid all the instrument tracks, I had laid down scratch vocals,” he explained. “I was supposed to go in and finish the vocal tracks, and they called us one day and said, ‘We’ve got your record for ya, here it is.’”

“When we finished the production, Andy was happy with it, because I drove around with him in my old car and we listened to [the album] before we went to go press it [the following day],” said Meals, who currently runs the music business program at San Antonio College.

“I don’t want to get in an argument with [Andy over] what his recollection is. I don’t want to scratch that old wound, but he came in and did the overdubs, but maybe he had a conversation with the rest of the guys at the label and they decided they wanted to do something different. I’m not privy to that information.”

“All I know is that, all of a sudden, it just blew up, and it was real weird,” Meals added. “I now teach that kind of stuff and I run the business program at SAC, and I’ve had my studio since ’87 or so, and I think a lot of this stuff I believe in now totally got violated during that business negotiation. I think when you get a label to produce your stuff, it’s more than just putting a record out, there’s a huge relationship dynamic that has to be considered, or else nothing’s going to work.”

Still, by taking so much control and not including band members in the creative process, Belt Drive forced the band to break up, Beres maintains. Ultimately, dissolving the partnership was the only way for the members to get out of the agreement.

“We had demo tapes that sounded better than that [record],” Beres said.
Another San Antonio-based band from that era also fell into a record label quagmire — in its case with one of the industry giants.

San Antonio-based metal act Pariah leveraged its regional success into a 1991 deal with Geffen Records. But the band’s major-label debut was completed at the end of the hair-metal trend. As a result, the label delayed its release and dropped Pariah.

“They missed the last gasp of air from the hair rock scene,” Beres said. “Nirvana was already out, and [Geffen] tried to release [Pariah’s record] and nobody wanted it, so they did the one record and got dropped.”

The band’s bassist, Sims Ellison, who struggled with depression, took his own life a few years later.

To be sure, the struggles of San Antonio musical acts aren’t unique. Countless musicians worldwide have signed contracts only to find out they didn’t know what was in store.

Ceschi Ramos, owner of New Haven, Connecticut-based Fake Four Inc. — a label with San Antonio-based Chisme on its roster — saw that from the artist’s point of view. When his band Toca was coming up in LA, its demo landed in the hands of Ted Chung, Snoop Dogg’s manager. 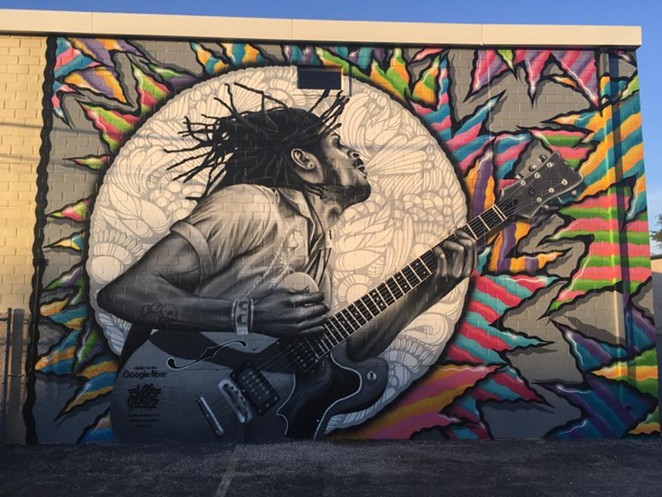 Long story short, Chung offered Toca a development deal, which got the band into the studio and its music onto the opening page of Myspace. However, Ramos said the manager took the unfinished recordings and began mastering the music for his own licensing use.

Chung didn’t respond to an interview request on his dealings with the band.

Toca eventually broke up under the pressure, according to Ramos. And even when he and his band members tried to obtain copies of their own album, Chung’s label pushed back.

“These guys tried to give us one CD each, and I had to beg for one for my mom,” Ramos said, laughing at the absurdity. “Now there’s 10,000 of them in a warehouse somewhere, and they don’t give a fuck. But back then, they tried to act like each CD was made out of gold.”

But for Long of Lonely Horse, the pain from its label fight is too fresh to laugh at.

“[It’s] just this huge battle,” Long said. “I’m dealing with that as well as personal stuff with my son and custody ... Over time, I just got burnt out. I was focusing on the band for so many years, one of the reasons for my divorce was because Lonely Horse ... I’m suffering from Lonely Horse, financially and spiritually. I’m just beat down.”

Although Lonely Horse has ridden into the sunset, neither member is letting the downside of the business kill his creativity. Long’s been self-producing a solo project and Hild plays drums with psych-rock outfit Mockingbird Express.