Slayer and King Diamond to Play Whitewater Amphitheater in July 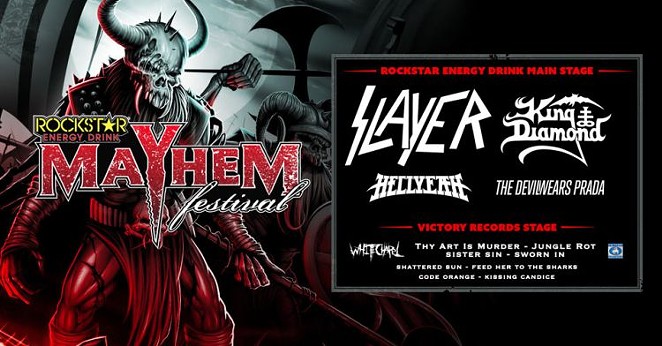 In the past few years, only Transmission Entertainment has been able to coerce Slayer and King Diamond to South Texas, performing at the 2013 and 2014 festivals, respectively. To announce the 2015 festival, Slayer recorded the following howling/awkward promo.