Smuggling Survivors Are Being Held in a Federal Immigration Detention Center 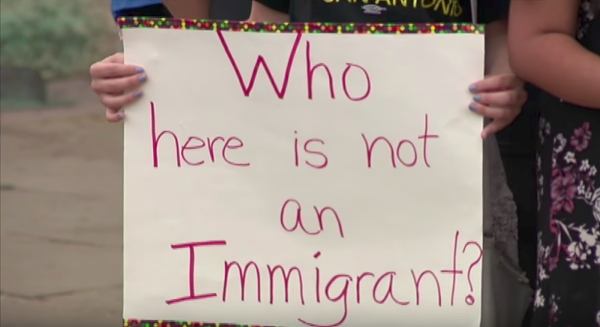 Thirteen survivors of smugglers' thwarted attempt to shuttle more than a hundred immigrants in a sweltering, locked cargo truck are being held in a federal immigrant detention center in downtown San Antonio.

While the undocumented immigrants are not charged with any crimes, the feds say they have to hold the victims to make sure they stick around — since federal prosecutors are relying on their testimony in the trial against the truck's driver, James Bradley Jr.

Immigration attorney Gerardo Menchaca told KSAT Thursday that if the feds let them walk free, "they’ll just go back to their home country and they’ll never be able to cooperate with the authorities in the United States."

But the detained immigrants' attorney, Michael McCrum, says that putting the confused victims inside of jail cell in a foreign country only adds to their trauma.

"They don’t understand it,” McCrum told KSAT. "It’s hard to understand why they are being held in a jail cell when they’re not being charged with any crime."

McCrum said he's talking with the feds about releasing the survivors to any family they have living in the United States. If they stay in custody, he told the Associated Press, McCrum's worried they'll simply “be treated as chips in a political game instead of real people." He said all of the detained victims are expected to give depositions at Bradley's August deposition. The truck driver could be facing the death penalty or a life sentence.

Many of the 38 people found in Bradley's trailer Sunday morning are still in the hospital due to the kind of heat-related illnesses that come with being locked in an unventilated space with temperatures in the triple-digits. Some are expected to have irreversible brain damage. Ten of them have already died.

Menchaca said he's attempting to bring the survivors' families to the U.S., so that they can be with their gravely ill loved ones. But he says the process could take four months — much longer than some of the survivors are expected to live.