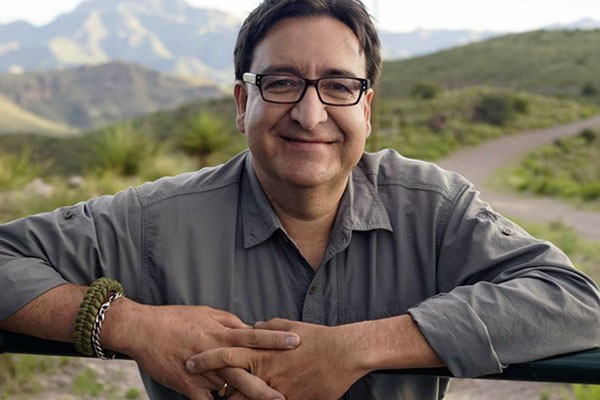 This story was originally published by our sister publication Out In SA.

Some in the LGBT community are using social media to question the Stonewall Democrats of San Antonio’s recent endorsement of former U.S. Rep. Pete Gallego in the Special Election to replace state Senator Carlos Uresti, citing Gallego’s rejection of LGBT issues when he served in Congress.

The backlash began shortly after Stonewall announced they had endorsed Gallego at their candidate forum on July 16. Gallego is one of four Democrats running for Uresti’s state Senate seat. The others are State Rep. Tomas Uresti, State Rep. Roland Gutierrez, and attorney Charles Urbina Jones.

“I just need to share with everyone how delusional the Stonewall Democrats of San Antonio are. They’re going to endorse Pete Gallego, who has consistently been opposed to LGBTQ rights? Gallego is against gay marriage, for heaven’s sake!,” one Facebook user posted.

“Pete Gallego has a long history of being against the LGBT community. Either the Stonewall Democrats are compromising their beliefs, or something is going on behind the scenes,” wrote another.

The two posts were among many similar comments being shared on social media.

During his 2012 campaign for Congress, Gallego evaded questions about marriage equality. When a Texas Tribune interviewer asked him what he would tell gay San Antonians who wanted to know where he stood, he replied, “My answer to gay San Antonians . . . would be that it’s a state issue and were I a still a member of the state legislature then I would say here’s what I think and here’s what I think you should do and how you should approach it.”

Gallego went on to beat Republican incumbent Francisco “Quico” Canseco for the congressional seat but did so without seeking votes from the LGBT community or an endorsement from Stonewall, even though the Texas Democratic Party added a marriage equality plank in their platform that year.

While in Congress, Gallego was one of three Texas Democrats who would not sign a letter urging then-President Barack Obama to issue an executive order prohibiting workplace discrimination against LGBT federal workers. Gallego also refused to co-sponsor the Employment Nondiscrimination Act which was proposed in Congress during his tenure.

According to a source at Stonewall, Gallego began to “evolve” his positions on LGBT issues in 2016, when he campaigned to retake his Congressional seat from Republican Will Hurd. That year was the first time Gallego sought a Stonewall endorsement and answered “yes” to all the questions on the federal candidate questionnaire. Stonewall endorsed Gallego who went on to lose the race against Hurd.

In his current campaign for the Texas Senate, Gallego completed Stonewall’s state candidate questionnaire and answered “yes” to all the questions.

Out In SA reached out to Gallego, asking if he might offer a statement which would help clear the air with voters who may be leery of his position on LGBT issues. He offered the following:


I am honored to have the endorsement of the Stonewall Democrats of San Antonio. At their endorsement meeting on Monday, I had the opportunity to personally address the organization and answer questions from the members.Two of the other three Democrats in this race were also in attendance.

In 2001, I was one of five joint authors of the James Byrd Hate Crimes Act passed by the Texas Legislature in 2001. This bill later served as the inspiration for national legislation such as the Matthew Shepard and James Byrd Jr. Hate Crimes Prevention Act, which was signed in to law by President Obama. The bill is considered among the most major anti-discrimination laws of the modern era.

Since that time, my own personal awareness of and commitment to anti-discrimination have continued to evolve. Like many others, I celebrated the Obergefell decision. Even though I live in one of the more conservative areas of Texas, I also used my social media to celebrate the first same sex marriage in my home county as well as a picture of one of the area’s historic courthouses illuminated in the colors of a rainbow.

I am proud of and grateful for the support of the Stonewall Democrats, especially since their members chose to support me after having had the chance to personally meet with me and several of the other candidates.

During his remarks at the Stonewall forum, Rep. Gutierrez went on the attack against Gallego by bringing up his past positions on LGBT issues. Yet, in the end Stonewall members felt confident enough to endorse Gallego.

Jones did not submit his questionnaire on time, so he was introduced but not permitted to speak. Rep. Uresti failed to submit a questionnaire, nor did he attend the forum.

Early voting for the State Senate District 19 Special Election began on July 16 and continues through July 27. Election day is July 31.