Sound the Alarm: The return of the legendary Booker T. 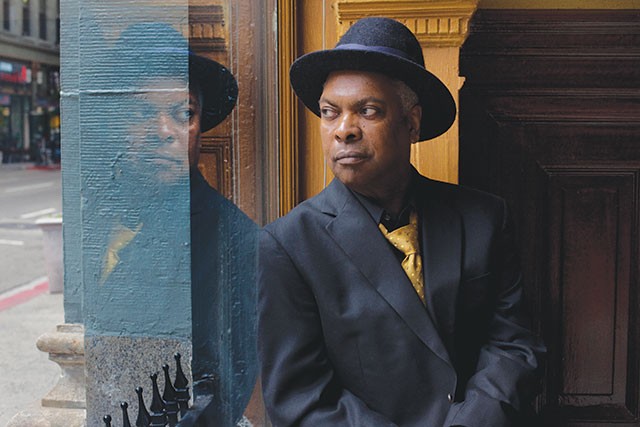 An architect of Memphis soul when he was still a teenager, Booker T. Jones has been churning out Hammond M-3 and B-3 hits for over a half a century. Signed to the influential Memphis label Stax Records at 17, Booker T. landed his first Billboard appearance with the M-3 organ jive of “Green Onions,” a soundtrack-friendly joint featured everywhere from American Graffiti to Grand Theft Auto.

“I love that tune,” Booker T. told the Current over the phone. “There were two and a half minutes where they were like magic minutes. I still try to recapture the way I played that song. I haven’t been able to play it the way I played it originally, yet.”

As a child in Memphis, Booker T. took immediately to music, excelling on the piano and clarinet at a young age. But when he got a hold of a Hammond organ, Jones was hooked for life. “Once I heard the organ in a couple situations,” said Booker T., “it just touched me. I was imitating Ray Charles, his ‘One Mint Julep’ on a Quincy Jones arrangement. He played the organ, a little Hammond M-3. That was the initial spark for me when I was a kid. I said, ‘I would love to do that with my life.’”

And how could he not? With several layers of keys and foot pedals, drawbars for acute control over tone and volume and its trusted Leslie speaker to clarify its timbre, the Hammond organ is closer to an orchestra than an individual instrument, a mysterious and powerful piece of craftsmanship.

At the organ’s helm, Booker T. released an outburst of influential soul records for the Stax label throughout the ’60s and early ’70s. Performing with his group the M.G.s as the label’s house band, Booker T. helped determine the chart-topping careers of Otis Redding, Wilson Pickett and a roster of iconic soul-strutters who laid down their tracks on Stax wax.

After a 42-year run with various other labels, Booker T. returned to Stax for his 2013 release Sound the Alarm. “Booker T.’s back!” he said through a laugh. “I really feel like I’m hitting a good streak with my music. I’ve been doing it for a long time, I’m really enjoying the ride.”

Though Stax has since traded its Memphis area code for the sun and smog of industry-friendly LA, the label’s appreciation of soul hasn’t waned in the slightest. “The location couldn’t be more different. But the feeling is great, the people stood up and applauded when I walked in. It made me feel really welcome.”

“I think it’s enhanced it,” commented Booker T. on rap’s encroaching presence. “Traditional soul is still alive, but I think it’ll keep reinventing itself and at the same time try to strive to be original.”

Like the antique image of the Ourobous, the serpent eating its own tail, it’s an odd case of a genre coming full circle, given the M.G.s sampled presence on countless rap singles. “I think it’s a compliment for people to sample it and use it over and over again,” Booker T. said. “I was standing onstage watching Snoop Dogg and William Bell singing to a song I originally played guitar on, maybe in 1967 or 1968, and the guitar part has been sampled maybe 40-50 times, but people were familiar with it. I don’t think people would be as familiar with it if there hadn’t been as many covers.”

Of course, working with the Roots on his previous record, 2011’s The Road to Memphis, Booker T. enrolled in a master’s class on instrumental-based rap.

Much like the M.G.s’ relationship with Stax Records, the Roots are hip-hop’s most enviable and chameleonic band, playing with Nas, Jay-Z and acting as the house band for Jimmy Fallon. “Working with the Roots, they influenced me quite a bit,” said Booker T. “I find myself leaning towards hip-hop. My son was a hip-hop emcee and dancer. It’s social music and the guys are having a lot of fun.”

Sound the Alarm features a cavalcade of guest stars, but most meaningful for Booker T. was “Father Son Blues,” the collaboration with his 23-year-old son Ted. “My son is great,” Booker T. boasted, “he’s such a surprise. He picked up the guitar about two years ago. I thought I was listening to Joe Bonamossa, but it was my son playing. I thought, ‘I gotta get with that kid.’”