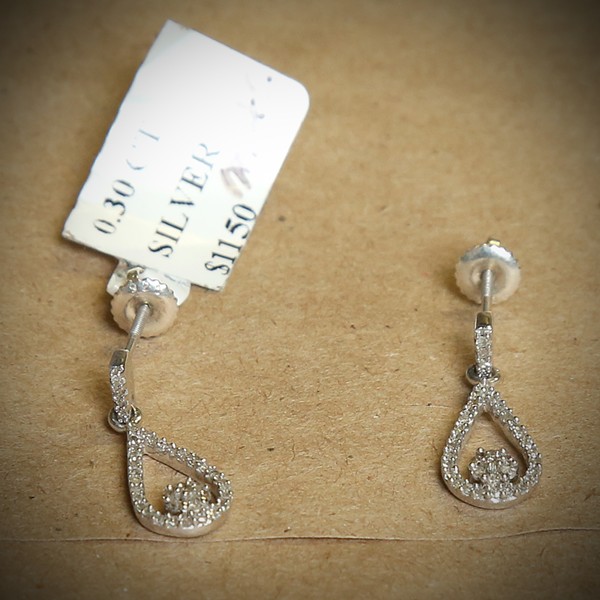 The Bexar County Sheriff's Office says that so much stolen jewelry was seized from Zarzamora Street store La Joyeria International that it took more than 20 deputies about three weeks to sort through and inventory all of it.

This week the sheriff's office wrapped a months-long investigation into a stolen jewelry racket that appears to have targeted houses in Stone Oak. The sheriff's office says its investigation started in August when six victims came forward about some stolen jewelry. The victims also told police they'd all hired the same woman to clean their houses.

The complaint prompted an undercover investigation, according to the sheriff's office, which eventually led to La Joyeria. Undercover deputies managed to sell what they said was stolen jewelry to store workers, which got them a search warrant to scour the place. Ultimately, they found a safe that contained the jewelry that had gone missing from those Stone Oak houses. 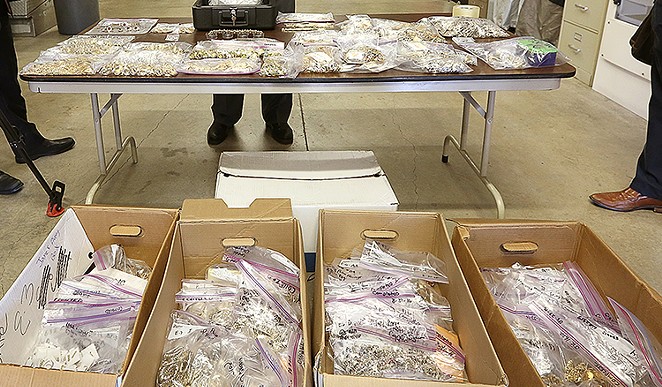 "It's believed people at the store were knowingly buying stolen jewelry," sheriff's office spokesman James Keith said in a prepared statement. In all, deputies seized more than 11,000 pieces of jewelry from the store, Keith said.

The cleaning woman accused of stealing the jewelry hasn't been arrested, but Keith says that "suspects have been identified, and the investigation continues." The sheriff's office says it's still looking for victims (they ask that anyone who's a victim or knows about the crime to call BCSO's Criminal Investigation Division at 210.335.6070). They also had this pro tip: engrave your jewelry and have your diamonds laser encoded, otherwise it's difficult for police to identify and ultimately return your stolen stuff if they ever find it.