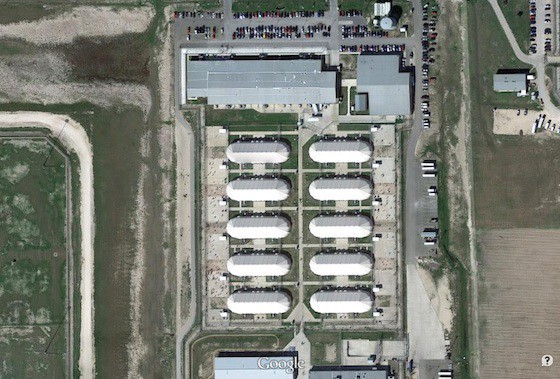 Frustration over flooded toilets, rodents, serious overcrowding and a lack of basic inmate services led to the all-out riot at the Willacy County Correctional Center nearly two years ago, according to a federal lawsuit that blames the South Texas prison's closure on "abysmal mismanagement" from the for-profit company tapped to run the facility.

On February 20, 2015, prisoners blamed inadequate medical care and other problems when they refused to comply with orders at the South Texas lockup, a privately-run facility that had contracted with the federal Bureau of Prisons to house low-risk non-U.S. citizen inmates (a so-called "Criminal Alien Requirement" prison). At first, they just refused to do their routine chores or eat breakfast, but eventually some inmates set fire to at least three of the prison's tent-like dome housing units. Three weeks after the riot, the feds terminated their contract with MTC and Willacy County and shuttered the prison.

In a lawsuit filed last week, officials with Willacy County, which made as much as $2.7 million a year off the prison under its arrangement with the feds and private prison contractor Management and Training Corp, claims that MTC failed to properly "oversee, manage, and repair" the prison and "turned a blind eye to the enormous problems that plagued the Prison from its inception."

Indeed, the problems at Willacy go back several years. Before it became a so-called CAR facility, the Texas tent prison was an immigrant detention center that activists took to calling "Ritmo" (a portmanteau of Raymondville, where it's located, and Gitmo) because of allegations that sexual assault, physical abuse, and medical neglect plagued the facility. In 2011, months after immigration officials ended their contract with MTC, federal prison officials decided to swoop in and ink yet another contract to send immigrants convicted of crimes (mostly for criminal re-entry) to Willacy.

ACLU of Texas has, for years, alleged that private prison contractors running places like Willacy have cut corners in order to boost shareholder profits, leading to medical under-staffing and extreme cost cutting that puts both prisoners and staff at risk. In a 2014 report, the group documented complaints inside Willacy that made it look like a powder keg waiting to blow (one inmate told ACLU researchers: "They have a lot of people in here. Sometimes it smells. It's too many people. Some people even talk about burning this place down. They just don't have enough space for all of us here. Sometimes it makes me go crazy.")

According to the lawsuit filed last week, on MTC's watch, inmates dealt with overflowing toilets, rodents, and overcrowding that had gotten so bad that some were forced to stay in solitary confinement. According to the lawsuit, tensions ran high inside the facility as the problems grew worse. Meanwhile, MTC only had a single guard posted to watch each housing pod during any given eight-hour shift. "The unacceptable conditions caused by MTC’s mismanagement and failure to take corrective actions led to a prison riot on February 20, 2015," the lawsuit says. "Ultimately, the Prison was forced to close and declared 'uninhabitable' by the BOP due to MTC’s failure to meet its most basic contractual obligations. All 400 employees of the Prison lost their jobs." The lawsuit claims the private prison contractor routinely failed to alert officials about problems at the lockup.

Similar complaints led to a riot at another privately-run prison near El Paso in 2008.