Michael Grimes and his wife, Elisa Treviño, established Southern Grit as a creative sauces and condiments business in 2016, but their time as a small business in an oversaturated market led them to pair their passion for sauces with beignets. 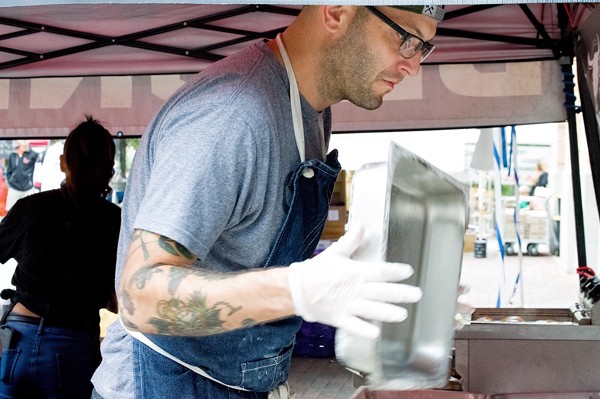 Grimes drew from his experiences — from making beignets in St. Louis restaurants to his culinary training at St. Philip’s College and working for chef Bruce Auden at Biga on the Banks — while Treviño helped manage the business side and develop relationships with customers.

The couple began hosting pop-up events at coffee shops throughout San Antonio in early 2017, growing their team with employees Janel Ortega and Gizzelle Mena-Fernandez, before finding a weekend home at the Pearl Farmers Market. 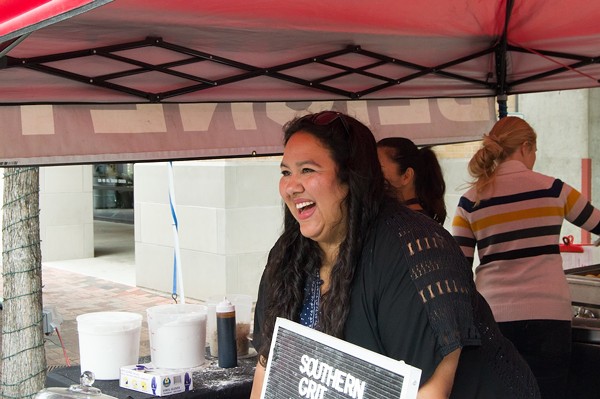 Customers look for traditional and “churro” beignets, as well as new flavors like cilantro pesto and cotija cheese or pomegranate lavender, each weekend. Thanks to a new mobile trailer, they can expect to see Southern Grit set up shop at spots throughout the city. 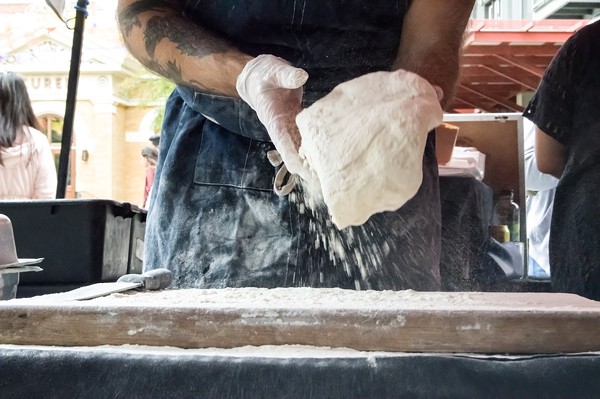 Aside from the beignets themselves, the most exciting thing about Southern Grit is how well the staff works in unison. While Grimes rolls and cuts the dough, Ortega oversees the frying process, Mena-Fernandez finishes the beignets with powdered sugar or the weekly sauce while Treviño takes orders from the long lines until a “Sold Out” sign appears.

Southern Grit goes through nearly 200 pounds of dough a day, and up to 800 to 1,000 orders each weekend. The four-person team moves quickly — perfecting and frying each batch, topping off the beignets with creative sauces and mixes, but they take time to perfect the dough and its flavors.

“We mix our dough on Thursday and slowly proof it to allow the dough to develop flavor,” Grimes said.

Southern Grit uses a French recipe that relies on fermentation and yeast to create its pillowy, soft beignets. Once it’s prepared, the dough is stored in the cooler for at least 48 hours until Saturday or Sunday. 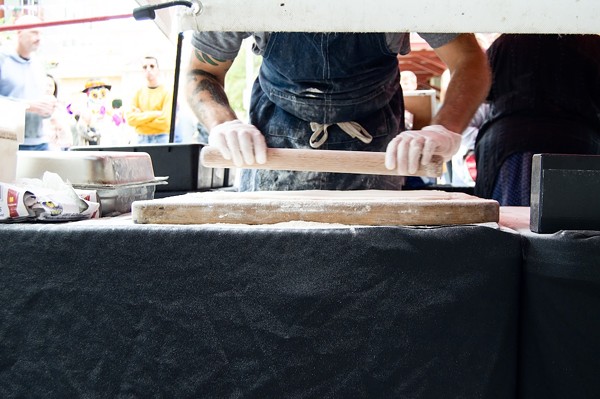 The team allows the dough to come to room temperature before Grimes begins rolling out the dough, about 1/3 inch thick.

He cuts the dough into uniform 2.5-by-2.5-inch squares before passing them off to Ortega at the fryer.

The fryers, which are filled with cottonseed oil and heated to 380 degrees, help give the beignets an even, golden brown exterior.

“I love cottonseed oil because it has a very high smoke point, and I love the flavor it adds. It really highlights the floral notes in our dough,” Grimes said. 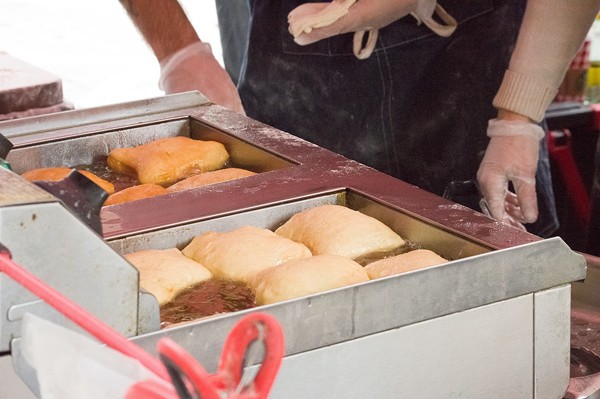 After two to three minutes, the golden-brown beignets are removed from the oil and set aside to rest and finish cooking.

The cooking time always depends on the weather and number of beignets, but the team works hard to create soft, flavorful treats each weekend. When Southern Grit participated in Beignet Fest in New Orleans earlier this year, they realized they were the smallest team among the event’s major restaurants and businesses. 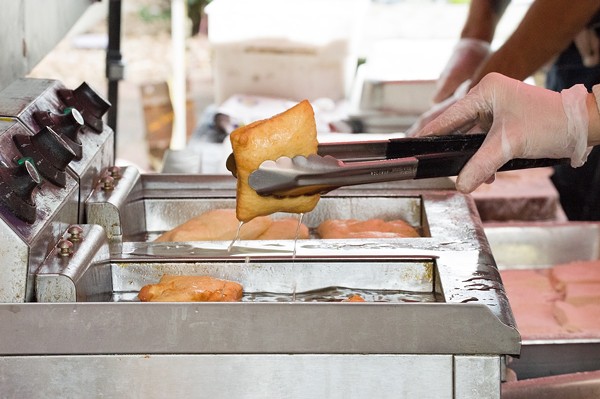 “The team makes this possible,” Grimes said. “The team is made of these super strong women who are the driving force behind Southern Grit and its success.”

The beignets are covered with powdered sugar, sauce or special mixes, and served in paper bags or small boats. The entire process from the customer order to the final product takes minutes, almost as long as it takes customers to devour the order.

“One of the best things we ever chose to do was to keep what’s special about us — the new flavor profiles,” Grimes said. “We’re excited to grow, but at the end of the day, we want to enjoy what we do and want people to enjoy the experience.”