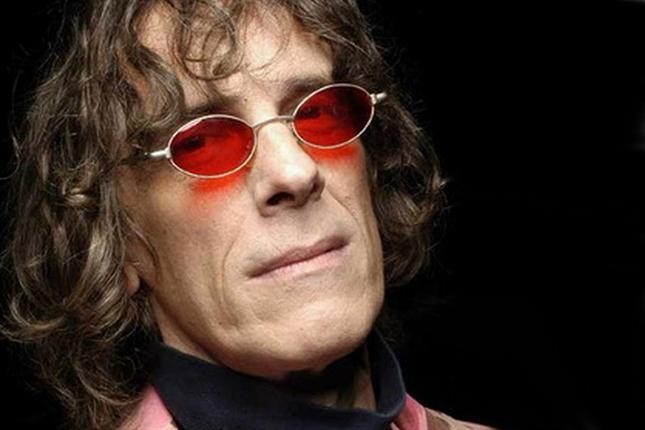 Luis Alberto Spinetta, a symbol and key figure of Argentine rock (historically the most influential Spanish-language rock scene), died today in Buenos Aires at age of 62, the victim of a lung cancer that had been diagnosed in mid-2011.

"I've known since last July that I have lung cancer," he wrote on his Facebook page on December 23. "I'm being cared for by a loving family, my best friends, and the best doctors in the country. Because of the torrent of inaccurate information, I want to clarify publicly the state of my health. I'm doing very well, in the middle of treatment for a definitive cure." In 1969, the eponymous debut album by Almendra, his first band, was also the beginning of a brilliant, uninterrupted career that saw him lead classic groups like Pescado Rabioso, Invisible, Spinetta Jade, and Los Socios del Desierto, as well as an uncompromising solo career. Pescado Rabioso's Artaud (1973, available in iTunes) was chosen by the Argentine edition of Rolling Stone as the country's best rock album in history. From the early primitive folk of Almendra, Spinetta's evolution took him to the artsy, bluesy hardness of Pescado, the more symphonic sound of Invisible in the 70s, to the jazzier Spinetta Jade in the '80s and Los Socios' power trio format in the '90s. His solo career was often undecipherable, poetically hermetic, and thus didn't have the commercial impact or influence of his earlier work. But Spinetta's artistic integrity, and the devotion of his strong fan base allowed him to continue his career undisturbed, his position as a rock god never in danger. In 1995 he was nominated to a Best Rock Solo Vocal Album Latin Grammy for Un mañana, and in 2005 he received Argentina's prestigious Konex Award as Best Rock Solo Artist of the Decade (1995-2005). In 2010, he released Las bandas eternas, a live album of his successful concerts where he played with members of each one of his previous bands. His elder son, Dante, is one half of the hip-hop duo Illya Kuryaki & The Valderramas, one of the earlier pioneers of Spanish-language rap (featured in Lila Down's latest album). It was the sound of Argentine rock that turned me into a rockero, and Spinetta was one of the first interviews in my career, when Spinetta Jade played in my hometown of Montevideo in the early '80s. After that, I saw him in the early '90s at UCLA's Wadsworth Theater and the next night at the now defunct Coconut Teaszer in Hollywood (the latter is still one of the best rock shows I ever saw in my life, in any language). Here's my personal take on Spinetta's best work. First, what I consider the best early ballad of rock argentino. Then, my favorite from the Pescado Rabioso era. Perhaps Invisible's greatest classic: With Spinetta Jade he took a radical turn, but I consider these three side B openers the band's best moments. Finally, some of you may remember "Kamikaze," my freelance column with the Current before I joined as a staffer. It was named after Spinetta's 1982 solo album, which included this beautiful zamba (yes, Argentine zamba, not Brazilian samba) he wrote when he was 14. And here's the making of his glorious duet with the late (and great) Mercedes Sosa included in her last album. There's more, but hopefully this will make you look for it yourself. Chau, flaco. Gracias por ayudarme a que duela menos. — Enrique Lopetegui