Making your way to Austin for the South by Southwest Film Festival March 9-17? Be sure to check out the handful of films and music videos with San Antonio ties that are screening during this year’s fest. Visit sxsw.com/festivals/film for all screening dates and times.

Awarded a Critic’s Pick last year for Best San Antonio Filmmaker in the Current’s annual readers’ poll, San Antonio native Fidel Ruiz-Healy will screen his werewolf love story and narrative music video Get Some in the Texas Shorts category. The catchy pop song is the debut single of British trio Ghosted and features vocals by singer-songwriter Kamille. Get Some follows a nerdy teenage girl with a dark secret, who scores a date with the most popular guy at school. Ruiz-Healy, who earned his degree in 2014 from NYU and founded The American Standard Film Co., splits his time between San Antonio and New York, where he currently directs music videos and commercials and is raising money to bring his next film production back to Texas.

Filmmakers Demar Gunter and Victoria Hartson were seniors at Saint Mary’s Hall when they shot their sci-fi drama Return Policy, which is competing in the Texas High School Shorts category. The film explores dystopian themes on the value of a human life. It’s an idea Gunter, a freshman at Texas A&M studying biomedical science, and Hartson, a freshman at Bryn Mawr College studying psychology, came up with their sophomore year. This is the second consecutive year Gunter has competed at SXSW. Last year, her black-and-white short Chroma competed in the same category.

Hoping to broaden his filmmaking portfolio, John Marshall High School senior Nicholas Luna reached out to local hip-hop artist Alan Lawson (aka AverageKidd) to see if he could shoot a music video for one of his rap songs he heard online. Luna chose Lawson’s music because, he said, “his songs talked about actual issues and didn’t just flaunt money.” In Hunned Effort, Lawson raps about his work ethic and drive and overcoming hardships as a young African-American man. “I thought it was more than just a song,” Luna said. “It was meaningful.” After graduating this year, Luna hopes to attend film school in Los Angeles. 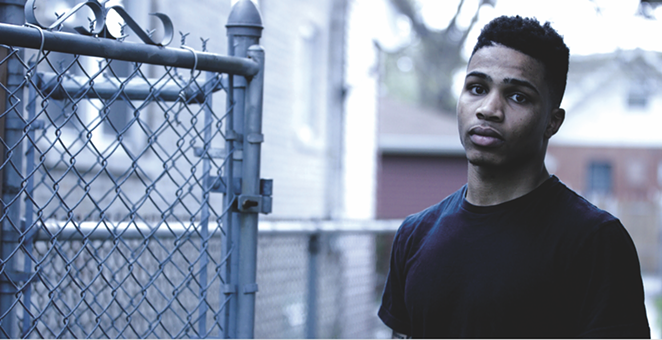 The documentary Chi-Town chronicles the life and career of basketball player Keifer Sykes, who was given a shot in the NBA after making a name for himself playing high school ball in Chicago and then at the University of Wisconsin–Green Bay. Although Sykes went undrafted in the 2015 NBA Draft, he made the San Antonio Spurs training camp roster and played in three pre-season games before getting cut from the team. In the doc, Sykes, who is filmed in a few scenes donning the silver and black, says the Spurs are his father’s favorite team.

Sorry to Bother You 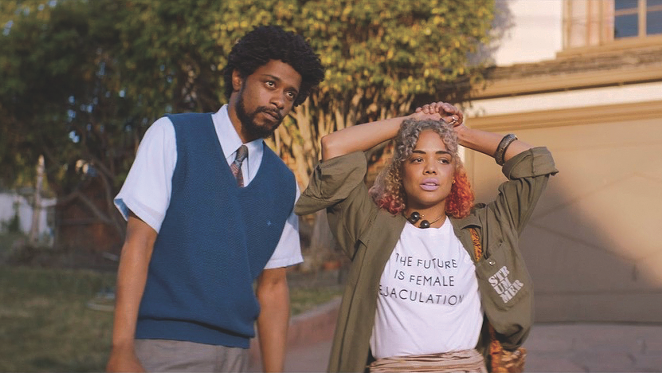 Actor and part-time San Antonio resident and business owner Armie Hammer (The Social Network, Call Me by Your Name) plays a manic CEO in Sorry to Bother You, a satirical comedy directed by rapper Boots Riley. The film, which screened at the Sundance Film Festival in January, stars Lakeith Stanfield (Get Out) and Tessa Thompson (Thor: Ragnarok) as a telemarketer and his girlfriend.

Rebel Without a Crew

San Antonio native and filmmaker Robert Rodriguez (Machete) will hold a private screening of Rebel Without a Crew, a new reality TV show series for his El Rey Network and Verizon’s streaming service go90. In the show, which is reminiscent of Project Greenlight, Rodriguez challenges five amateur filmmakers to make a feature in two weeks with only $7,000 — the same amount of money he used to produce his first feature film, 1992’s contemporary Western El Mariachi. During the private screening, all five directors (Bola Ogun, Scarlet Moreno, Alejandro Montoya Marin, Bonnie-Kathleen Ryan and Josh Stifter) will present the world premieres of their films.