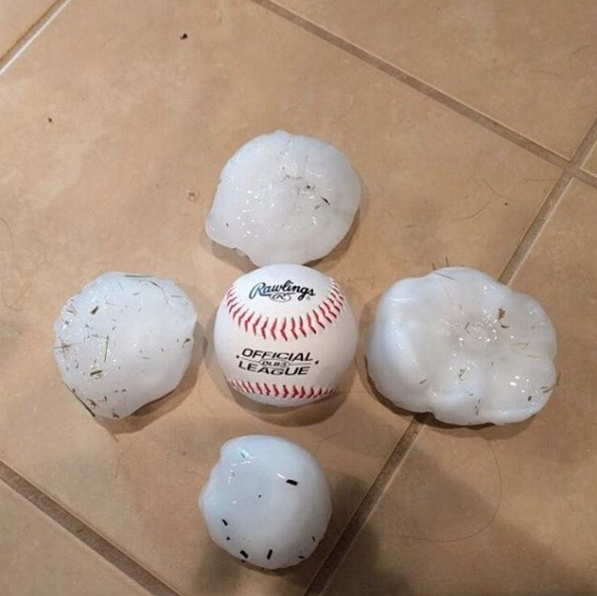 Damage from San Antonio's April hail storms have pushed state insured losses to a hefty $5.5 billion—and that's just for the first half of the year. The last time the state saw this level of financial destruction was in 2008, when Hurricane Ike tore through the coastline.

San Antonio alone racked up more than $2 billion in losses over three April storms, according to data released by the Insurance Council of Texas on Thursday. The most significant of the three, famously known for dumping softball-sized hail through residential roofs and car windows, wrought $1.4 billion in damages—making it the costliest in state history.

This tally is largely made up of private house and auto insurance claims, excluding all damage to commercial properties.

The spike in losses may not just be a one-time fluke. Climate scientists expect hail storms to become more frequent and sizable with rising global temperatures. Insurers may need to recalculate rates with this in mind.

“Hopefully, we can have a quiet rest of the year,” Insurance Council of Texas spokesman Mark Hanna told the San Antonio Express-News. “This first half has been pretty...catastrophic."