Spurs' Coyote Named the 'Most Terrifying Sports Mascot' in Texas 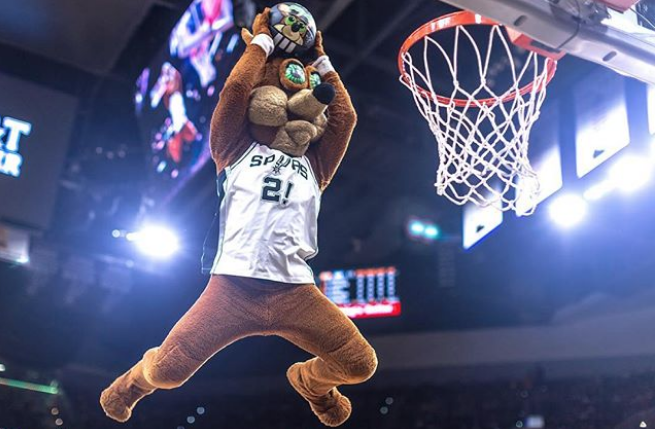 San Antonians may love the Spurs Coyote, but it not everyone's wild about the mascot.

According to a new list compiled by Chris Grosse, the assistant athletic director for marketing at Penn State University, the Coyote is the "most terrifying" mascot in Texas.

The most terrifying mascots in the #SportsBiz by state.

It seems Grosse's parameters for "terrifying" might be a better fit with "weird" however. Stanford University's mascot — a tree — won the title for California while Syracuse University's orange (yes, the fruit) named Otto claimed it for New York.

One local Twitter user pointed out that the San Antonio Missions' mascot, Henry the Puffy Taco, doesn't even have a face.

Have you met @henrythetaco? He has no face! 🌮


Still, judging from the Coyote's tweets, he didn't seem too bothered by the title. He even provided a theory as to why he was named among the most terrifying.

At least SA's beloved mascot wasn't among the absolute scariest, though. It's easy to see why these others won the distinction.