Spurs Finally Lose at Home, But Does It Matter? 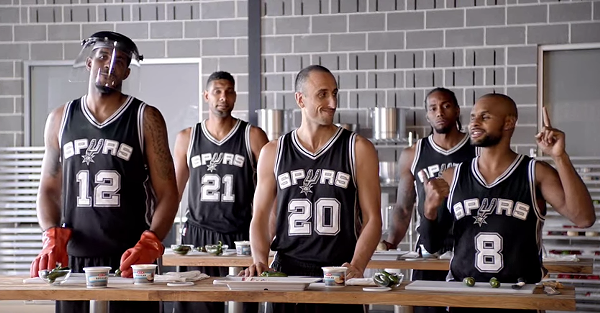 Update Monday, April 11, 2:15 p.m.: An earlier version of this article incorrectly stated that the Spurs beat the Warriors on the road. That mistake has been corrected.

It had to end sometime.

The Spurs' 48-game regular season home winning streak came to an end last night with a 92-86 loss against the Golden State Warriors. The Warriors pulled away late in what was otherwise a tight contest, winning a record-tying 72nd game this season.

The Spurs' home loss was their first in over a calendar year. Their last loss in SA was against the Cleveland Cavaliers on March 12, 2015 in overtime. Back then, LaMarcus Aldridge was still a Portland Trail Blazer, Merle Haggard was alive and most people didn't know what dabbing was. Simpler times.

With the loss, the Spurs missed a chance to be the only team to ever go undefeated at home for a full regular season, and to perhaps set the record for consecutive home wins.

But that's all. In the grand scheme of the 2016 season, the loss is not too significant. It did not alter the team's position in the standings (they're locked in at 2nd, and will likely face the Dallas Mavericks or Utah Jazz in the first round of the playoffs). It's a brick in the wall in an 82 game schedule. Although a win against the league-leading Warriors would have been a nice boost of confidence, the Spurs already have one of those on the wall this season. The Spurs still set the record for consecutive home wins to start a season with 39.

Besides, with the playoffs starting on Saturday, April 16, bigger things are on the horizon.