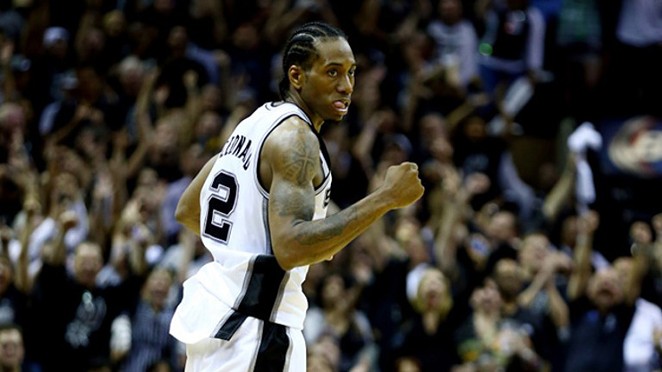 Leonard, the reigning Defensive Player of the Year, was named to the second team last year. This year he was the leading vote-getter, finishing 13 votes ahead of Golden State forward Draymond Green.

Tim Duncan snuck onto the All-Defensive Second Team with the fewest votes of any honoree. It’s another laurel to add to Duncan’s preposterously successful legacy — not that the guy has anything left to prove. Duncan has nabbed first or second team All-Defensive honors 15 times over his 18 season in the NBA.

Here’s 10 minutes of Leonard embarrassing people with the audacity to try and score on him: