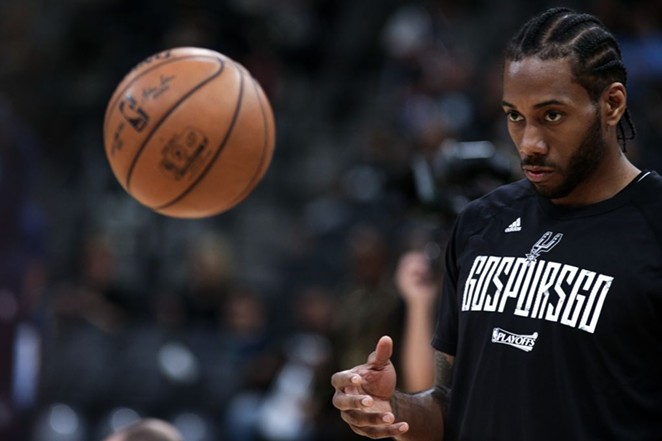 By eliminating the Houston Rockets from the NBA playoffs in a thorough 39-point rout, the San Antonio Spurs punched their ticket to the Western Conference Finals for the first time since 2014. The Spurs will tip off the best-of-seven series on Sunday afternoon in Oakland against a Golden State Warriors juggernaut that is undefeated in the postseason.

Following the clincher in Houston, as celebrations echoed throughout the Alamo City, the focus shifted to the Warriors for Spurs sharpshooter Danny Green.

“I think this one prepared us for the next one,” said Green reflecting on his team’s collective effort. “They’re a fast paced team. We have to communicate even better. Be more perfect. It doesn’t get any easier. It goes to show, I think we have everybody here that’s capable of getting the job done.”


Green and company enter the conference finals as overwhelming underdogs, with few outside of South Texas expecting an extended series verses the Warriors. The resilient Spurs overcame a career-threatening injury to Tony Parker against Houston and will need a healthy Kawhi Leonard to compete with a stacked Golden State roster.

Boasting four All-Stars, the Warriors lead the league in offensive rating and defensive efficiency during the regular season and have looked unstoppable in the playoffs. Native Texans LaMarcus Aldridge and Jonathon Simmons emerged as threats in the conference semifinals for the Spurs and must continue to contribute on both ends of the floor for San Antonio to challenge Golden State.

When the teams last met in the postseason the Spurs triumphed, before experiencing unprecedented basketball heartbreak in the 2013 Finals. After exercising franchise playoff demons against the Rockets in dramatic fashion, San Antonio recognizes the looming test.