Spurs Sports and Entertainment Will Operate Toyota Field for 20 Years 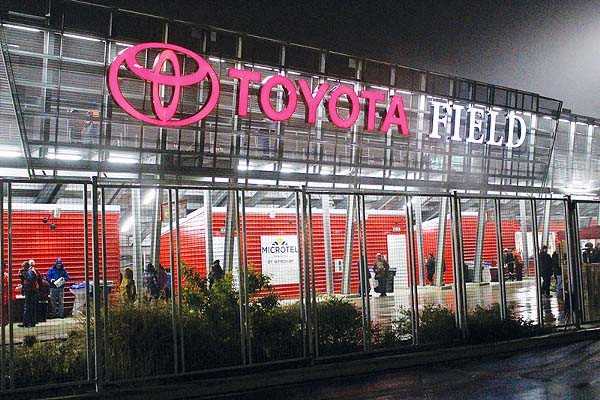 San Antonio's quest for a second professional sports franchise inched closer toward reality Tuesday morning when Spurs Sports and Entertainment finalized a deal with Bexar County and the city where it will operate a United Soccer League franchise in Toyota Field in 2016.

The USL is the largest professional soccer league in the country, and the league is full of independent and MSL-owned franchises, according to a Spurs Sports and Entertainment press release, which states that five of the last seven new MLS franchises played in the USL.

Hartman says in a press release that when Soccer for a Cause was created in 2010, with the intention to field a professional North American Soccer League team, there was a vision.

"Our goal was to field a team that would compete for championships while supporting those with special needs via a unique, unprecedented relationship where all net profits from the Scorpions and S.T.A.R. Soccer Complex were given directly to non-profit Morgan's Wonderland, the world's only fully accessible theme park. With two regular season trophies, an NASL championship in 2014, a beautiful soccer-specific stadium, and over $1,000,000 raised for Morgan's Wonderland to benefit special-needs individuals, I'm proud to say that we've been successful," Hartman says.

“We are very excited to continue the growth of soccer in San Antonio, and we plan to operate a USL franchise as part of a proven path to Major League Soccer. We look forward to bringing the highest level of soccer to San Antonio,” Pych says in a press release.

Mayor Ivy R. Taylor says the lease agreement means significant progress is being made toward a shared goal.

“The City and County’s purchase of Toyota Field is the first step toward bringing a Major League Soccer team to San Antonio,” Taylor says. “Spurs Sports & Entertainment is recognized as one of the best professional sports businesses and we are fortunate to have them as a partner in this effort."

“Through this unique partnership with the City of San Antonio, we are proving we are ready to support a professional team representing the most popular sport in the world,” Wolff says.