May 05, 2014
comment
As the Spurs rep their home jerseys against the Portland Trailblazers tomorrow night at 8:30pm, we take a look at the interesting, worrying and key matchups for the conference semifinal series.

Sure on his feet and acrobatic in the air, Damian Lillard emerged from last season's Rookie of the Year award as the playmaker and go-to guard of the Rip City offense. For confirmation, check Lillard's filthy buzzerbeater three to clinch the series win against Houston and the Blazers first trip to the second round since the Scottie Pippen, Rasheed Wallace days. The owner of an impressive double-clutch layup, Lillard is likely to frustrate the Spurs' defense with his feline speed and deep, threatening range. Hot off the thrilling victory over James Harden and Dwight Howard's Rockets, the young point guard won't lack in confidence suiting up against veteran Tony Parker.

Like Lillard, Tony Parker's performance in Game 7 led his team to a series-winning blowout against the Dallas Mavericks. And what Damian Lillard gains in size, strength and abilities in the air, Parker more than compensates with crunch time experience, vicious lateral movement and an unpredictable, reliable pull-up in the paint.

Though Lillard may pull away with a few highlight-reel performances, as a point guard, Tony Parker will gain the upper hand over the seven game series, due to the Spurs peerless ball movement. The communication and spacing provided will be enough for Parker to get the drive and dish threat for those consistent, workhorse points. 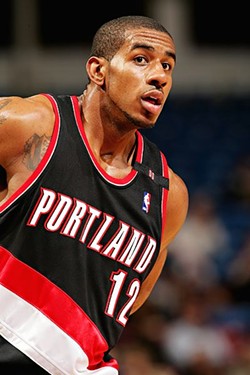 With his nearly unblockable 6'11" release, startling mid-range consistency and power down low, LaMarcus Aldridge was the cornerstone of the Rip City offense against the Rockets. If Aldridge cleaned up against Houston's monstrous front court of Dwight Howard and Ömer A??k, one can only wonder what he can do against the comparatively doughy duo of Tiago Splitter and Matt Bonner. Though Duncan (or Diaw) will be the best defensive choice against Aldridge, the Spurs will need to cycle through defenders to keep the power forward in the 20-point range. 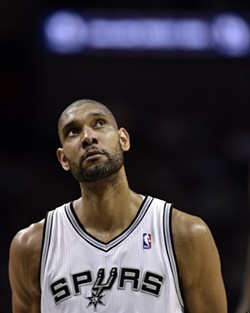 Shooting a stellar 58% against Dallas, Duncan's contributions will count in the long third quarters and offensive slumps, cashing his paycheck on his automatic bank shot. Like Parker, Duncan gains an advantage as an old hand in the playoffs, with Duncan's seventeen playoffs appearances (the Spurs haven't missed the dance since Duncan came on for the 1998 season) compared to Aldridge's three.

This matchup will likely prove to dominate the dunk footage of the series, as both small forwards can elevate in their own style for the top shelf slam. Batum uses his long, lean and explosive two-step to rise above the competition, getting to the rim with a refined grace. The French small-forward also shoots with a textbook and lightning-quick release, an unenviable challenge to guard on in-bounds plays.

Where Batum glides gracefully through the lane, Kawhi Leonard forces himself through traffic, dunking dominantly on those in the way. Leonard will earn his starting spot in transition, getting back to guard against fast-breaks and receiving Tony Parker's tip steals for the cross-court slam. On defense, Kawhi's speed and strength will be an asset against Portland's pick and roll game.

The Spurs will make their advantage known through the depth of their bench: consistent, strong and with serious scoring potential. If it comes down to a seven game series—and likely it will, due to the teams' offsetting and exciting matchups—the Spurs bench will provide the extra weight to tip the semifinals in the Spurs favor.

Though Mo Williams and Dorell Wright will give significant minutes and admirable numbers off the pine, Manu Ginobli's bench presence puts the Spurs backup lineup in contest with the Clippers for the deepest roster in the league. A bench player on paper, an all-star in his playing and a Hall of Famer in the waning seconds, Manu Ginobli's official status on the bench essentially gives the Spurs a six-man starting lineup. With Boris Diaw, Matt Bonner and Danny Green coming in to give the starters a reprieve, it's a rare moment when the Spurs look weak on the court.