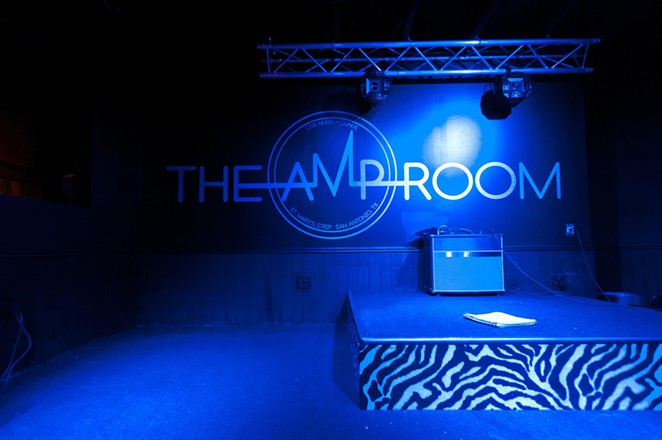 The Amp Room apparently doesn't know how to, well, read the room.

After sparking off a firestorm last week with a now-deleted pro-police tweet, the St. Mary's Strip venue nuked its Twitter account rather than continue to face the collective wrath of the San Antonio Twittersphere.

On May 31, the Amp Room posted a now-deleted tweet that read "God Bless @SATXPolice." As little as a month ago, that sentiment might not have raised an eyebrow, but timed during widespread protests calling for the defunding and abolition of police forces nationwide, it struck a nerve.

Likely adding to the anger, the Amp Room regularly hosts punk, goth and a variety of underground rock genres not exactly known for their embrace of right-wing ideology — and not always on the best terms with police.

Some call outs, like @sovietbabey's tweet, were straight and to the point: "Fuck the amp room we have surpassed the need for the amp room."

While others took a different tack: "Can't wait to shit on your floor," @bobbbypulido replied to bar's now-deleted post.

Can’t wait to shit on your floor

As the insults and memes flooded in, the Amp Room started hammering the block button, which only added fuel to the fire.

Welp. Evidently they did too.

Youre a weak business owner for posting this then blocking your customers that oppose you. Your bar profits from our beautiful melting pot of a city, act like it.

"You're a weak business owner for posting this then blocking your customers that oppose you," Anton LeGay posted. "Your bar profits from our beautiful melting pot of a city, act like it."

Rather than deal with the social media shitshow with something akin to an apology, the venue apparently decided to delete its account. As of press time, @theamproomsa's page leads to an error message that states "This account doesn't exist."

The venue's Facebook account — which appears to mainly feature upcoming events rather than tone-deaf political commentary — is still active as of press time. Of course, it may only be a matter of time before the Alamo City's collective ire makes the jump to a new platform.

Can we say fuck amp room and move the goth nights back over to el ojo?

Girl you fucked up. Y’all see this shit? Let the local dolls know not to fuck with this spot. Clearly run by bootlicking fascists https://t.co/VwVDYYmS9G

You can't be punk and pro-establishment.
Nah.

The only band playing @theamproomsa will be @TRAPTOFFICIAL and I can name 6 local bands that draw better than them. https://t.co/GfaHz5fyBV